History of Naval Guns – A Technological Perspective (Part 1 of 4) 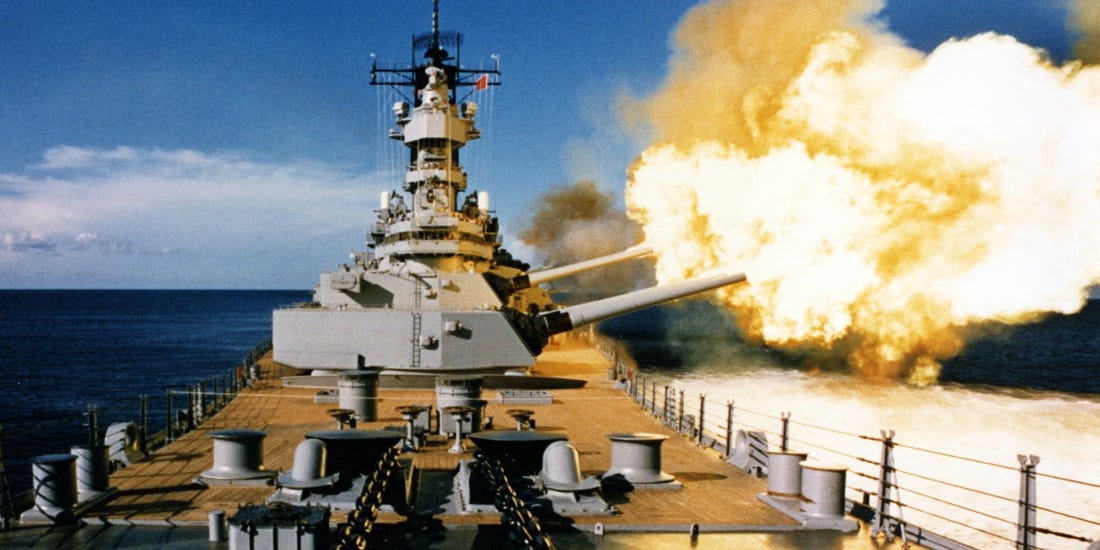 The cannon or the naval gun was first installed on ships about seven hundred years ago. Since then, the gun as an instrument of naval warfare has undergone numerous evolutionary changes catalyzed by various technological innovations, which resulted in the gun being the main armament in the naval arsenal until 1960s when the missile displaced it. Improvements in gun technology gradually expanded the naval battle space arena from a few tens of yards in the age of the sail to around eighteen thousand yards with the introduction of big guns in the dreadnought era of WW I and subsequently to around forty thousand yards by the end of WW II. This transformation of the naval gun over the centuries, from its humble beginnings as a small cannon before the age of the sail to the gigantic 18.1 inch gun on the Yamato, was accomplished due to the fascinating amalgamation of science, technology, and human endeavor and makes a captivating study.

The end of the Second World War saw the demise of the big guns and a paradigm shift from the big gunships concept to power projection by aircraft carriers and missile-armed cruisers and destroyers. Over the last two decades, threat perceptions have again changed. In recent times, there has been a surge of asymmetric attacks, in which terrorists and non-state actors have carried out devastating attacks on warships. The other threats looming on the horizon include piracy, maritime terrorism, smuggling, poaching, and gun-running along the coast. These developments have stimulated studies to re-examine weapons to counter such threats, where a graded action needs to be initiated by targeted ships to terminate the threat at an optimum safe distance. It is important to chronicle the evolution of guns over this period of seven centuries. The article covers this in four parts. The first part covers the period journey from antiquity to the turn of the 13th century, while the second part covers the period between the 14th century till the end of the 19th century, the third part covers the period of the Great Wars and the fourth part covers the developments after the Second World War until the present day.

Early Years Until the 13th Century

The main elements of naval warfare remained essentially the same throughout the classical and medieval centuries. Long, narrow ships, powered by banks of oarsmen would circle each other attempting either to ram the enemy or to grapple a ship so that marines could board it and slaughter the crew1. The earliest use of ship-borne artillery dates back to the classical era when catapults and fire-throwers were employed on galleys and dromons. Julius Caesar indicates the use of ship-borne catapults against Britons ashore in his Commentarii de Bello Gallico2. However, there is no record of any naval action being influenced to any degree by missile throwing devices until the appearance of cannon.

For the first two millennia in which records of naval warfare exist, the means of waging battle at sea remained amazingly constant. In various combinations, they involved ramming, boarding, and the use of fire transmitted by arrow, fireship, or Greek fire3. Greek fire was first used in 673 A.D. during the Saracen naval and land expedition against Constantinople. The Moslem armada (Saracen fleet) fresh from their victories in Lebanon and Syria sailed from Kyzikos and forced the passage through the Dardanelles and came upon the numerically inferior Byzantine fleet off Constantinople, hoping for a quick victory with their larger fleet. The Saracenian fleet ships were attacked by jets of liquid fire from brazen tubes fitted on their prows. The effect was devastating. For the Saracen fleet, there was neither victory nor escape as one by one their ships were transformed into floating bonfires, burning hulks that slipped, smoldering, beneath the waves. This helped to repel the Muslims during the first and second Arab sieges of the city. According to scholars, Greek Fire was most likely a mixture of sulfur and a form of distilled liquid petroleum similar to gasoline that was thickened with resins (possibly tree sap), which gave Greek Fire its adhesive qualities. It is also widely believed that quicklime was one of the distinguishing ingredients in the formula for true Greek Fire because a key property of this substance is the large degree of heat produced when it comes in contact with water. According to the historian Theophanes, the inventor of the composition was a brilliant Jewish architect and engineer named Kallinikos (Callinicus).

Naval warfare during the next few centuries remained largely unchanged, as there were no technological developments to drive transformation. The first change was during the twelfth and thirteenth centuries when missile-throwing devices used extensively in land battles were adapted for naval use. Mangonels4 and trebuchets were used to heave a variety of projectiles. Their adaptation for use on ships required that they be significantly reduced from their land warfare dimensions. However, they remained fairly insignificant in the battle outcome and the longest-range weapon on northern European ships of this period was the ballista, a large cross-bow. As a result of the continuous development of the cross-bow for land warfare, its use on ships was widespread. It was the primary weapon for naval actions other than ramming and boarding, until the appearance of gunpowder.

The invention of gunpowder by the Chinese and its use as an incendiary around 1000 AD triggered a paradigm shift in warfare. However, it was only in 1290 that its property as a propulsive power was exploited for naval use5. The earliest guns were employed in land warfare particularly to breech fortified walls during siege campaigns. They were referred to as “bombards” and were constructed by welding together numerous bars or hoops of metal to form the barrel. The materials used were usually cast brass or copper and later, wrought iron held together weakly under the pressures of the gunpowder explosion. It was only much later, in the early 14th century, that they were fitted on ships.

The earliest drawings of ships that clearly attest to the existence of guns date from 1326 in Europe and from 1332 in China6. By the 1350’s small guns, often weighing less than forty pounds, were part of the armaments of ships. Inventories of 1410-1412 relating to the ships of Henry IV, King of England, show that the Christopher of the Tower had three iron guns and one hand gun7. Evidently, all these weapons were designed with men as targets instead of causing damage to the ships.