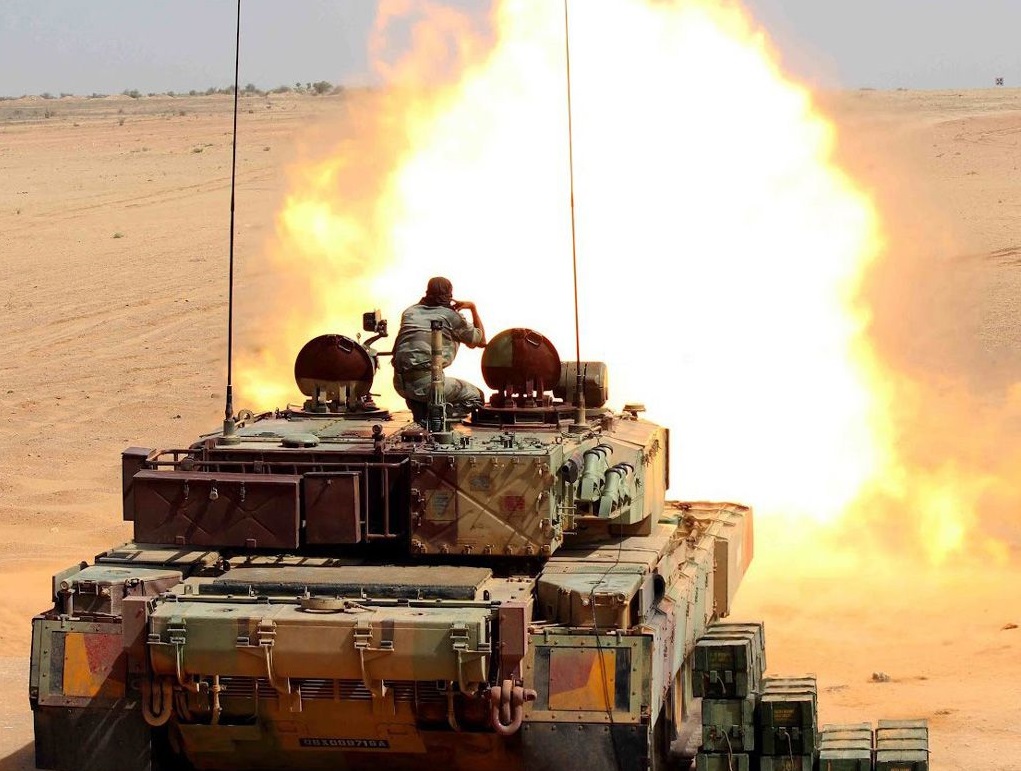 Effective Teeth to Tail Ratio, Mounting Revenue Expenditure, Austerity Measures —all such terms reverberate in armed forces, day in and day out. But ultimately fact remains that if the platform is worth procuring then it’s worth protecting- wherein protection covers maintenance aspects too. The crux is to find an efficient way of doing the inevitable. This paper aims at exploring current trends in maintenance, the world over, and their applicability in the maintenance of equipment held by the Indian Army.

Ever dynamic geopolitical situation on India’s eastern and western borders has always demanded high preparedness of our armed forces at optimal cost.

Analysis has shown that the recessionary economic conditions have forced defence budget cuts all over the world. The effects of the recession are also being felt in India. However, budget cuts cannot be allowed to undermine armed forces preparedness and national security.

Keeping the national interests and interests of our vast populous in mind, Indian armed forces have a moral responsibility to use every allocated rupee judiciously.

“Achieving much more with much less”, is thus no more rhetoric but the need of the hour. Efficient maintenance of existing assets, to retain our operational edge and maintain high teeth to tail ratio is, therefore, important.

As the gamut of maintenance would be very vast, the scope of this paper has been broadly narrowed down to Indian Army equipment.  For the sake of brevity and clarity, the scope has been further narrowed down to examining some modern trends, currently being used in the US and UK armed forces, for effective maintenance of the Main Battle Tanks (MBTs), and their applicability to Indian Army’s MBTs.

These aspects would be covered in two groups, main tank systems and main propulsions systems maintenance.

Interestingly, HUMS was first used on helicopter platforms and the results were found to be encouraging. A few examples of the same are :

It would be worthwhile to examine how this system could be used for MBT maintenance. It has been found that HUMS mechanical diagnostics can provide reliable and timely detection of all failure modes which are currently controlled by the routine maintenance procedures.

Established procedures are available for extending line replaceable units, Time Between Overhauls (TBOs), based on reliability information garnered from the HUMS system. With the trends which can be evaluated from the HUMS data, the maintenance operations can be re-organized or necessary design changes introduced to achieve effectual maintenance.

Thus the HUMS systems could be effectively utilized for:

Tools are available for development of an appropriate data modeling process, for in service maintenance. The model once generated can be validated which generally involves the following:

A generic process which could be used for developing HUMS model is as indicated below:

Maintainers have the freedom to define crucial parameters they would like to monitor. Based on that, suitable algorithms can be generated for the application.  Standard statistical models can then be used to determine the efficacy and required changes can be introduced to optimize maintenance efforts.

To understand the practical use of HUMS for system maintenance, it would be of interest to note that UK MOD has accorded approval for the pilot program using integrated HUMS for maintenance of the Royal Army’s Challenger MBT Fleet.

The programme has shown improved availability of spare parts and technical support such as vehicle configuration and obsolescence management.

The value of the contract is approximately $ 700 Mil. It would cover the whole Challenger- based fleet- the Titan and Trojan engineer tanks and the CRARRV recovery vehicle, as well as the Challenger main battle tank and the Driver Training Tank.

In relation to the efficacy of the program, Mr Archie Hughes from DSG had said:” We are looking forward to working closely with British Aerospace -Land Systems (BAeS) on the  Armoured Vehicle Support  Transformation (AVST) programme, where we believe that combining our complementary skills will result in the overall best value for Defence and the best possible support to the UK MOD.”

Key to the success of this programme has been harnessing advances in the information technology for introducing new systems to manage technical information and spares supply.

(Source: UK MoD Project Report on Use of HUMS for MBT maintenance)

Based on the experience in Iraq war, the US Army realized that Abrams tank would remain a major force multiplier for the combat force well into the 21St century, as there are no viable substitutes are readily available. To keep these Abrams going, fleet’s AGT- 1500 turbines are being pressed into service, well beyond their intended life, which is having an increasing impact on the readiness of combat units.

To ensure optimal combat readiness, Honeywell has been tasked to set up maintenance on full life cycle management approach.  The payments would be performance- based, which means a contract that ties compensation to the number of combat- ready tank engines (for example), rather than a traditional payment for the man hours utilized. The programme is called TIGER.

Tiger comprises a more proactive maintenance system, and giving Honeywell primary responsibility for on- time delivery of replacement engine parts, management of repair schedules, providing support for overhaul of up to 1,000 engines per year. The scope of work includes critical field support services at domestic U.S. military bases, and those in Kuwait, South Korea and Germany.

To fulfill this contract, Honeywell has said that it would rely on a Web- based database and special in- use monitoring systems. This will help it in providing more effective and less expensive repairs and upkeep, using field data to more accurately determine maintenance needs and provide Army units with detailed, timely information about the mechanical status of Abrams tanks.

“With the Tiger Program in place, commanders at every level could determine exactly how much engine life would be available in each tank, and be able to execute engine repairs and replacements before deploying to the field.”

Some benefits accrued to US Army through this program

Use of HUMS in Indian Army

With ever shrinking budgets it is important for Indian Army to consider use of HUMS for maintenance of MBTs.  Such systems are already in use with Indian Railways & Delhi Metro,

With advances in network speeds & Artificial Intelligence field appropriate HUMS can be developed in India. Synergy between DRDO & Private sector can help in this regard.

To summarize— Growing Financial constraints demand cost effective maintenance practices. Operational and Financial benefits accruable from development of techniques like HUMS are quite evident. New initiatives like Atmanirbhar Bharat should be harnessed to optimize the maintenance costs.  Synergy between DRDO and Private sector could be a good force multiplier in that direction.

1. BAE Systems has been given the go-ahead to devise a more effective support regime for the Challenger tank which could cut costs by more than 10-per-cent.

If successful, the scheme could be extended to other BAE Systems’ armoured vehicles in service with the British Army under a programme called the Armoured Vehicle Support Transformation (AVST).

The UK Ministry of Defence’s (MoD) Investment Approvals Board gave approval recently for the company to submit its bid by the end of 2009 and a decision is scheduled for mid-2010. The deal would guarantee the MoD improved availability of spare parts and technical support such as vehicle configuration and obsolescence management.

“Honeywell International was awarded an $110.8 million modification contract for Total Integrated Engine Revitalization (TIGER) hardware to meet the Anniston Army Depot production of the Advanced Gas Turbine 1500 engine for the Abrams tanks and TIGER field repair site requirements,” the statement by US Department of Defense read.

Work will be performed in Phoenix, Arizona, with an estimated completion date of February 22, 2022.