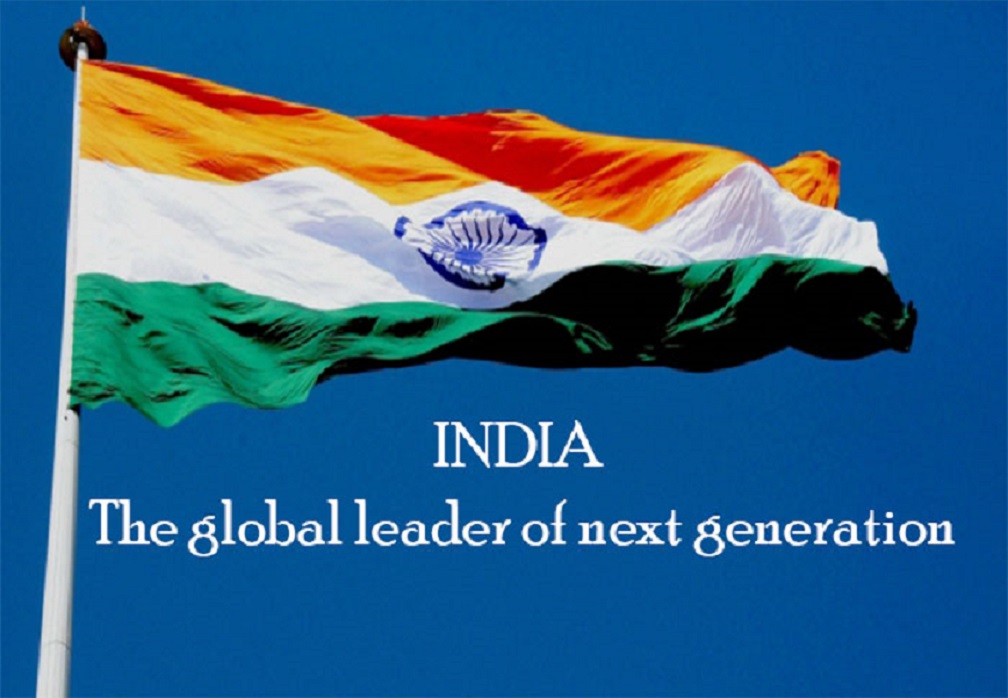 India’s leadership role has been challenged by few geopolitical developments in the last 2 years.

The year 2020 and 2021 have been a year of an unprecedented global humanitarian crisis. Possibly the most devastating in the course of world history since World War II. It spat venom from raging bushfires to devastating floods, revolutions to terrorism, proxies to interventionism, conflict to coercion and then came to the catastrophic coronavirus and the world stood still. It led to the global “triple jolt” – the collapse of health care systems taking a toll on millions of lives, shut down tremors from containment measures impacting all walks of life, and the ensuing global recession.

The fine balance between ‘economic survival’ and ‘staying alive’  hung through a fine silken thread. The globalised interconnected world only accelerated and magnified the spread, shattering hopes of a coordinated global response. It ushered in a global trend of nationalism, protectionism and neo-isolationism bringing another blow to the liberalised international order. Yet it saw the rise of resilient global leadership and select nations like India exhibiting their soft, smart and sharp power in their responses to the crisis.

Even before the pandemic the global order and balance of power were witnessing tectonic shifts in great power politics with a revisionist and economic cum military turbulent rise of China, an oversea’s adventurist and self-appointed World CEO with an America First USA and an increasingly assertive Russia in the quest for competing global space and expanding spheres of influence. The ongoing pandemic only accelerated the volatility and complexity to make it more significant and enduring. The pandemic altered the global geopolitical landscape, notion of globalisation and stressed national and international institutions to their breaking point. It also saw the sole superpower fumble and falter in a crisis situation.

Adding fuel to the fire of Wuhan originated Virus, was the overt Chinese belligerence under President Xi threatening world peace and stability.  China’s strategic coercion and aggressive actions in the South China Sea, Taiwan and the Himalayas only stressed the already fragile global stability. Adding ambiguity and uncertainty to the chaos is the change in the US Presidency with shameful violence in Capital Hill and policy uncertainties of the new dispensation, Russia’s geostrategic shift and deepening bonhomie with China, and China’s uncanny rise to the global stage with its economic octopus engulfing nations across the world. The EU-China investment deal and RCEP agreement in the COVID era despite decoupling cries, thereby compromising strategic security to economic revival.  Developments at Gaza and west bank is alarming. The origin of the Wuhan virus has again cast doubts in the mind of the international community.

While 2020 and 2021 have been disastrous, 2022 promises to be the defining year to author the next chapter of global history. The Covid killer vaccine will hopefully put an end to the current pandemic yet the geopolitics of the post-Covid Era is likely to be more enduring and profound. The geopolitical course nations chart in 2022 will define the world we would live in over the next few decades.

The triangular relationships between the USA, China and Russia, be it restoration, resetting or transformation will define the global geopolitical periphery. The strengthening of the dormant Sino-Russian arm consequent to the tensions between the US and Russia led to Chinese opportunist dominance and transformation of the triangle. Post-Cold War, US policies to keep Russia weak and dependent, stemming its revival left Russia no option but to join China as a counterbalance to USA behaviour as the sole superpower. Simultaneously the mutual animosity and distrust between China and the USA only deepened and created turbulence in this arm. Thus while the US remained as the Apex Point of the triangle it power play on the other two arms weakened. This gave confidence to China and it’s newfound strategic coercion based on the perception that it had greater leverage both economic and military over the USA than the USA had over China or Russia. This marked the arrival of a belligerent China on the world stage. It thus merits a review and resets of the three arms for world peace and prosperity.

The most defining arm of the triangle for global peace will be the US-China arm. The stability and fragility paradox will be a factor of Biden’s challenge of balancing Obama’s engagement with Trump’s deterrence against the hegemonic Xi led China thereby restraining its space for strategic coercion. China’s response will be a factor of a multilayered and multitiered global approach seeking greater accountability of its rise to the rule-based global order while enmeshing it as an indispensable stakeholder in the global commons.

The third arm of the Sino-Russian relationship is perceived more like a marriage of opportunism to counterbalance US hegemony and an offshoot of the west led punitive sanctions. It has however developed dynamically despite several strategic differences particularly Chinese growing influence in the Russian backyard viz Central Asia and lack of political integration. The US-led trade sanctions on both realigned Russia’s trade with China, while China became a principle energy reciprocator from Russia. More importantly, the recent EU-China investment pack and Russia’s energy forays in European markets have diluted US standing and global call for decoupling. Thus despite differences, the Sino-Russia partnership flourishes strategically on mutually beneficial political, economic and strategic security interest envisioning a multipolar world order.

The key player in this new triangle that emerges is China and thus its behaviour will define the strategic stability. Managing the peaceful rise of China will be the defining strategic challenge of 2021 and the next decade. The emerging Cold War 2.0 of 2020 must give space to the ‘Cold Peace’ of 2021 by balancing each arm of the triangle and creating space for furthering global peace, stability and prosperity while diluting the scope of the conflict, revisionism and antagonism. Thus space needs to be created for the restoration of the global economy, engagement on global common like public health, environment and trade as a part of the international community while collective deterrence through cooperative partnerships must arrest individual hegemonic and expansionist trends. In such a dynamic interplay, nations will have to reconcile their historical narratives and pragmatism must be accommodated within competitive frameworks of a newfound global geostrategic framework.

The geostrategic reality of 2021 also indicates that both the economic centre of gravity and the potential conflict zones are centred around Asia. Peninsular India blessed by its geography, geostrategic location and newly found soft, sharp and hard power are thus destined to play a larger role in the global geostrategic arena. India’s balancing posture, foreign policy resilience, economic potential and its demonstrated military and strategic capabilities are seen as a stabilising factor against global turbulence and competitive geopolitics.  Yet India faces the greatest challenges any nation would face in 2021 of defeating the threat from two C’s – COVID and China while getting the economy back on track of revival. Adding to the woes is the increasing domestic dissidence and polarization of politics leading to majoritarianism and intolerance which remain a threat to a vibrant democracy.

The geopolitical path India treads must lead to greater multipolarity and multi engagements, and lesser multilateralism and perceived alliances. Thus while it is important how India sees itself in the global arena, it is equally important to be sensitive to how the external world looks upon India and their expectations.  Its foreign policy initiatives must thus be balanced from the lens of national interest set within a realist understanding of global contradictions to sustain an open, cooperative and rules-based order. India must thus leverage the evolving geopolitical canvas, to exploit the opportunities based on strategic convergence without creating dependencies or animosity through alliances. India must also remain an influencing power on issues like climate change, balanced trade, niche technologies,  and collective security through national interest-based multi engagement.

China’s rise is unique as it is aimed to deny any strategic space to India and use strategic coercion as a tool of revisionist foreign policy. The recent Himalayan misadventure is an outcome of this manifestation.  It has also exposed India’s shortcomings in its strategic security focus, defence modernisation and credibility of conventional deterrence. India must realise that National Defence is the foundational insurance for a nation to prosper and it must create the capabilities and capacities to do so as a time-sensitive priority. China’s rise and it’s military intrusion has endeared the India-USA strategic relationship even though certain differences remain. Yet this relationship must not lead to dependency and distancing itself from its historically trusted Russia strategic bondage nor be perceived as an alliance against China. Its resilience and longevity will be a factor of multi engagement approach based on fostering its national interest, in a world of multipolarity with space for all to prosper in peace.

However, while India looks at the global space, it must stymie the growing distrust and weaning away the strategic relationships in the immediate neighbourhood. India’s global signature is intrinsically concomitant to its influence as a regional player. To strategically gain from historic, cultural and political bondages we need to give more to reset the strategic imbalance in the neighbourhood. India must strengthen its foundation as a benevolent neighbour in terms of economic growth, regional security and development to sharpen its efforts to promote regional cooperation in South Asia and the IOR.

India’s foreign policy in the 21st century thus must be dominated by the quest for creating an enabling environment in the world, which allows its economy and society to flourish, its security concerns addressed while promoting values of pluralism, democracy, secularism and non-interventionist security paradigms. As India steadily emerges on the global stage so will its challenges increase and the clarity of its choices critical. It would require clarity in its China Policy, its balancing the US-China-Russia strategic triangle, its rapprochement to its neighbourhood and greater influence in the global institutions and issues of global common like environment and energy. It must take its leadership strides at a pace that safeguards its national interests and promotes strategic autonomy in the long run without creating external and internal imbalances. This would require a whole of nation approach with ‘Nation Above All’ as its credo in a dynamically evolving world order and an equally challenging domestic environment.