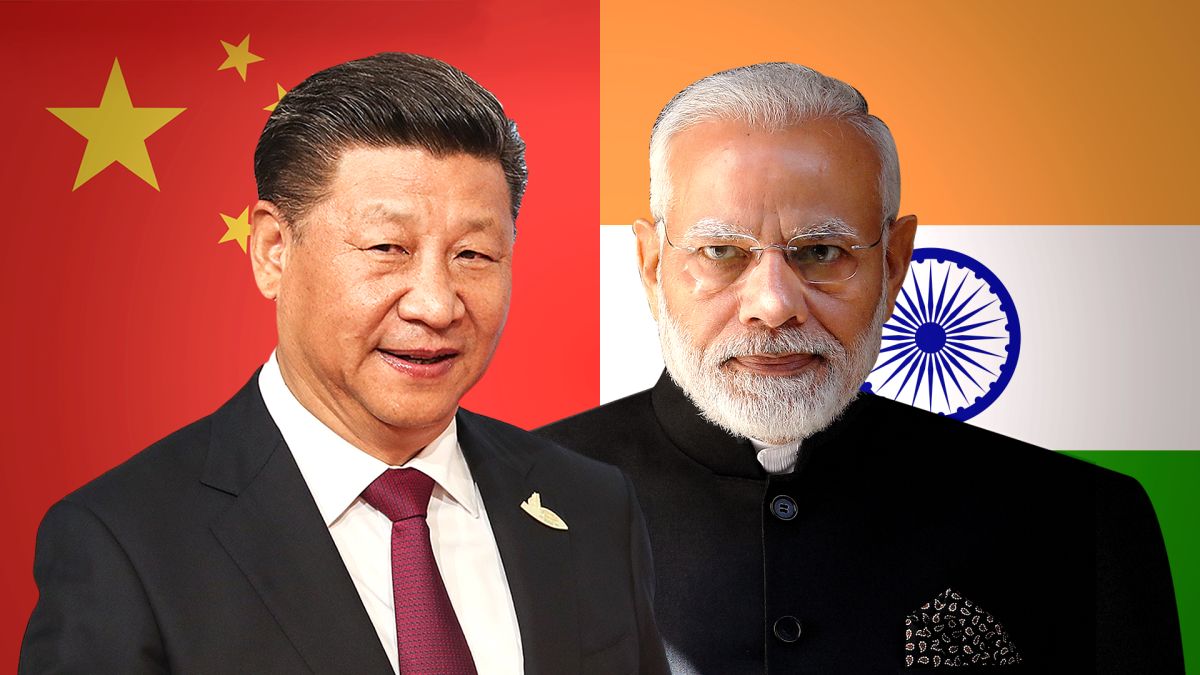 Recent actions by China on India’s borders indicate a more aggressive and belligerent China. China has been flexing its military and economic muscle in the entire Indo-Pacific region with India, Australia, Japan, Vietnam, Philippines and Indonesia witnessing direct action.  This could well be an inflection point heralding a new China which has done away with its philosophy of “biding time” or “peaceful rise”. It is undeniably a problem because China is obviously revisionist and, in the future, if any weakness is shown it is likely to continue resorting to bullying and coercion. India cannot simply wish away such a new China.

Indian activities over a period of time do indicate some kind of a strategy to address a “peacefully rising” China. While the current situation may eventually de-escalate, it also indicates that this strategy will no longer suffice and may need to be revisited. However, it is national interests and capabilities that must drive this change along with a carefully thought out and implemented plan, not national emotion.

Externally India’s geopolitical posturing such as “Look East” or “Quad” may need to be reevaluated to work out the nuts and bolts of possible actions in coordination with nations that India shares converging interests with, such as US, Australia, Indonesia, Philippines, Vietnam, Thailand, Singapore and yes even Taiwan. Nothing can be off the table including military and economic alliances to offset advantages that China may have in some areas. But all that needs to be based on a sound domestic ability to defend India’s borders.

There are a number of domestic areas that are demanding attention when it comes to a larger strategy for national security. This article will look at only one of them, namely border management. The aim is not to get into the usual Ministry of Defence (MoD) vs Ministry of Home Affairs (MHA) or Army vs Indo Tibetan Border Police (ITBP) argument, but to focus on the need for better border management when it comes to the Line of Actual Control (LAC) with China.

Currently when it comes to intelligence gathering on the LAC, the agencies operating include the R&AW, Army Intelligence, Joint Armed Forces technical intelligence establishments, Intelligence Bureau, State intelligence agencies and the local military/ITBP establishment. There is undeniably some duplication. Although the system allows for information sharing at higher levels of hierarchy, most agencies religiously guard their turf at tactical and operational levels. While there is some advantage in having multiple channels as it prevents any faking of information, there is definitely a need for information sharing at lower levels to improve the speed of response. This calls for systemic coordination mechanisms to be urgently created at tactical/operational levels. There is also undeniably a need for enhanced capabilities especially in the areas of cyber, electronic, satellite and human intelligence gathering to prevent PLA from achieving surprise. India’s ability to pick up movement of PLA forces towards Indian borders, move of air assets or assets of the PLA Rocket Force will greatly influence success or failure and is therefore critical.

Integrated and joint operations on the India China Border.

The PLA Structure On its norther borders India faces a PLA that has recently undergone military reforms, which involved organisational changes, force restructuring, weapons allocations and even training. What this means is that India no longer faces two different military regions (Lanzhou and Chengdu) but possibly a better coordinated Western Theatre. The Western Theatre Command has the 13th Group Army (or the 77th Group Army), 21st Group Army (or the 76th Group Army) and the 41st Group Army[1]. It also has three Air Force Fighter Divisions, one Air Force Bomber Division, one Air Force Transport Division and one Rocket Force establishment besides other theatre command support and reserve units. China also brought the People’s Armed Police (PAP) and the Coast Guard under the Central Military Commission (CMC) in December 2017 (earlier under a dual command of State Council and CMC).[2]  The aim of these reforms is clearly to develop an integrated joint operations capability and allow for a faster transition from peacetime to wartime operations. While it is difficult to assess the success or otherwise of this reorganisation, evidently an effort at functional improvements has been made.

The Indian Armed Forces Structure Compared to the above, Indian Army has organised its forces on its Northern Borders with China under four Army commands, which are the Eastern Command, Central Command, Western Command and the Northern Command. These are supported by the Air Force Western and Eastern Commands. The Army’s Northern Command is responsible for not just the LAC with China in the Leh-Ladakh areas but also the Line of Control with Pakistan. The Western Command is also responsible for operations on the International Boundary with Pakistan including in some areas which Pakistan refers as Working Boundary in Jammu and Kashmir. The Eastern Command is responsible not just for the Northern borders in the North East region, but also internal security and other borders. The Central Command besides the borders is also responsible for some training establishments. Any conflict with China would therefore require coordination amongst four Army commands and two Air Force Commands. Although a Chief of Defence Staff has recently been appointed, this appointment does not at present have any operational control and in absence of joint structures at the Theatre or Command level is not likely to be able to achieve jointness in operations. Any sane military thinker would conclude that the structures and processes that fallout from them are not conducive to conducting joint operations against China. There is a critical need to restructure the Indian Armed Forces to enable jointness in operations. No more procrastination through studies or examination of proposals can be permitted.

Peacetime Border Management Compounding India’s concerns of being able to conduct joint operations, is the fact that there are two parallel hierarchies under the MHA and MoD that manage the borders in peacetime. These include the ITBP with its Indian Police Service (IPS) cadre in the top hierarchy (which creates another set of functional complications in ITBP) under the MHA, and the Army under the MoD. To have a police force manning a contested border defies logic. To have a ministry which is responsible for “home affairs” look after India’s unsettled external borders is equally illogical. A rapid transition from peacetime to wartime operations involving a coordinated integrated force can only be miraculous under the circumstances. In most areas, Army units and ITBP units are deployed together and duplicate each other’s patrolling/surveillance effort to monitor the LAC. For a country short on resources, this cannot be an economical option. Although both the Army and ITBP have excellent soldiers, that does not mean that they can inter-operate or in a conflict situation suddenly coordinate their operations better. Weapons, communication equipment, training, chain of command are too different to allow any quick and coordinated transition. Moreover, since conflict will never announce its arrival, when would these forces be brought under operational control of the Army and would there be sufficient time to do so. India can ill afford compromising its ability to bring the might of its forces to bear quickly and efficiently.

Petty inter-service rivalries, bureaucratic jostling for larger number of higher ranks and hunger for domestic organisational power has created divisions and impeded India’s capability to fight integrated and joint operations in wartime. A lot has been written on these issues and there is also possibly some acceptance for the need to managing our borders better. However, not much action has taken place. Surely the logic of continuing with this current structure in the face of a now well-organised PLA is a folly that India can ill afford. This is not something that requires financial resources. If anything, it will save money to the taxpayer. What is required is political will and decision to do so. That all political dispensations including the current “nationalist” one has continued with the same system indicates either a shortage of vision, or a lack of capability to change the higher defence management in India, or a polity that is complicit with entrenched bureaucratic thought. Either way, India’s political, bureaucratic (including the uniformed bureaucracy) and military leadership is doing huge disservice to some very brave soldiers manning and sacrificing their lives on the LAC. Maybe it’s time to take a lesson from China’s military reforms and create change. And the time for this change is now, if not already passed.

Disclaimer: The views and opinions expressed by the author do not necessarily reflect the views of Government of India and Defence Research and Studies