Indo-Pacific: An Emerging Outlook for the 21st Century 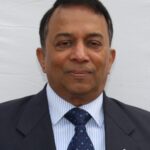 Strategically located in the Indian Ocean, India was a flourishing economic and cultural centre from the dawn of civilisation. As historian KM Panikkar in his seminal work ‘India and the Indian Ocean’, brought out, “Millenniums before Columbus sailed the Atlantic and Magellan crossed the Pacific, the Indian Ocean had become an active thoroughfare of commercial and cultural traffic.” He further went on to conclude that India’s security, prosperity and even freedom is linked to the Indian Ocean and India needs to develop into a maritime power capable of maintaining supremacy in the Indian Ocean. It is a historical fact that neglect of the seas by Indian rulers from the 15th century eventually resulted in the colonisation of the country. Panikkar, who had analysed the importance of maritime affairs for India, had referred extensively to the theories of Admiral Mahan in his treatise. In the 19th century, the Admiral had surmised that whoever controls the Indian Ocean, dominates Asia and that in the 21st century, the destiny of the world will be decided in the waters of the Indian Ocean. Soon after independence, India’s first Prime Minister, Pandit Jawaharlal Nehru, too had highlighted the significance of the Indian Ocean in the development of modern India.

While independent India paid attention to the development of the maritime sector and thinkers such as Keshav Vaidya expressed the view of making the Indian Ocean into an Indian lake, it soon emerged that the Indian Ocean cannot be looked at in isolation or as a lake. The emergence of a multi-polar world at the end of the Cold War and the expanding globalisation of trade and commerce coupled with the growth of Asian economies and more so, the developments in India and China called for a wider view of the oceans. Thus, while the earlier thoughts were of the 21st century emerging as an Indian Ocean one, in the early part of this century, strategists conceived the concept of the Asia–Pacific as a region and the term Indo-Pacific emerged linking both the oceans into one strategic area. The growing energy and mineral resources needs of the developing economies of East Asia, China and Japan from the Arabian Gulf and Africa, and transportation of finished products from these nations to other parts of Asia, Africa and Europe, resulted in increased shipping between both the oceans. Some analysts are also of the view that the increasing dominance, including flexing of its military capabilities by a resurgent China and its ‘String of Pearls’ strategy, raised alarms not only among littorals but also in all nations who have economic and security interests in the area. This resulted in the Indo-Pacific being considered in its entirety as one geo-economic and security zone.

Vice Admiral M.P.Muralidharan is the former Director-General Indian Coast Guard and former Member of Armed Forces Tribunal. He is the first commandant of the Indian Naval Academy and was Chief of Personnel at Naval Headquarters, New Delhi. Admiral was awarded the Ati Vishist Seva Medal (AVSM) twice by the President of India and is also a recipient of the Nao Sena Medal (NM). He was Principal Director of Naval Operations at the Integrated Headquarters of the Ministry of Defence (Navy), Directing Staff at Defence Services Staff College (Wellington) and was Naval Attaché, at the Embassy of India, Moscow.