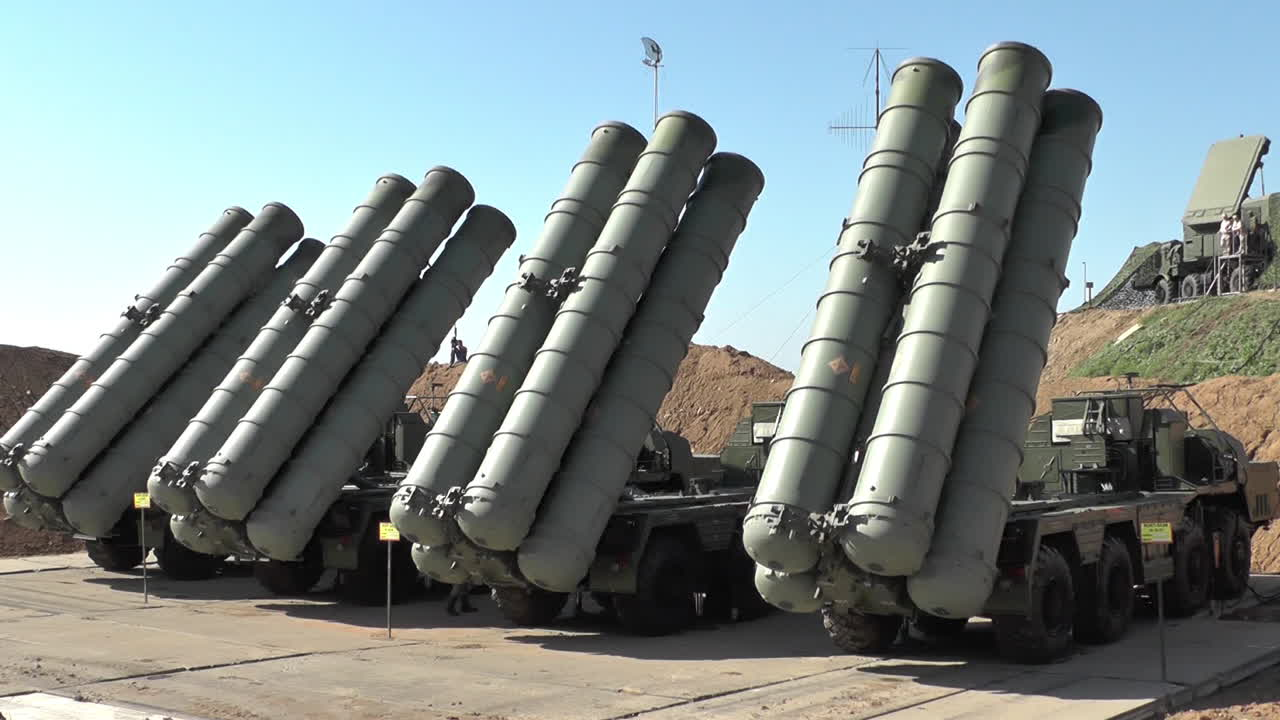 “He who is prudent and lies in wait for an enemy, who is not, will be victorious.”—Sun Tzu

The above Sun Tzu words would be aptly applicable to potent Integrated Air Defence Systems. India has been surrounded by the two predictably unpredictable and well-armed neighbours. Thus, it has not been left with much choice than being prepared for protecting its geo-politico-economic and security interests. Acquisition of S-400 Integrated Air Defence System has been a step in that direction.

The S-400 Triumph (NATO reporting name: SA-21 Growler) is an air defence missile system developed by M/s Almaz Central Design Bureau of Russia. The new system replaced the S-300P and S-200 air defence systems of the Russian Army. The S-400 was developed as an upgrade of the S-300 series of surface-to-air missile systems. The system entered service in April 2007.

To say briefly about it, the S-400 is an integrated air defence system featuring radars, command and control equipment and four types of surface-to-air missiles. The four types of missiles used by the S-400 have ranges varying from 40km to 400km and can shoot down aircraft, drones, cruise missiles and ballistic missiles.

The S 400 Systems is equipped with 91N6E panoramic radar with a declared anti-stealth targeting range of 150 km.  The maximum targeting ranges (detection ranges are wider) are:

It also has 96L6 high-altitude detector radar and equipment operates independently of the 96L6E low-level radar detector. The 96L6E2 export version can track a maximum of 100 targets and is resistant to false returns of clutter in mountainous terrain. It can perform the functions of a command post for battalions of S-300 (SA20/20A/20B) or S-400-96L6-1 of S-400 and S-500 Systems.

Giles (Giles K 2015), a reputed US defence analyst has corroborated Russia’s views in his detailed report. He has stated about S-400 Triumf AD System “The most significant upgrade of the VKO (air defence wing of Russian Armed Forces) air and space defines component currently underway is the introduction into service of S-400 systems produced by Almaz-Antey.

He further stated that “The S-400 Triumf (North Atlantic Treaty Organization [NATO] designation SA-21 Growler) is in fact the most recent operational upgrade of the extensive S-300 SAM family. The antiballistic missile capabilities of the older versions were comparable to those of the American PAC-1 and PAC-2 Patriot series. In the case of the S-400, however, analysts largely agree that the system “in many respects is more capable than the U.S. Patriot series and offers mobility and performance and thus survivability much better than that of Patriot.”

An important point highlighted by him is “The main distinctions between the S-400 and its predecessors lie in the refinements to the radar, software (thanks to Russia’s post-Cold War large-scale access to western technology markets, and western computational technology) and several new 15-16 missile types. As a result, the S-400 may be armed with flexible mixes of hopping frequencies as well as missiles designed to counter a range of different targets, providing a truly multi-layered defence capability.

He brought out that “The S-400 is equipped with sophisticated electronic warfare systems. Hence, jamming of the S-400s acquisition and engagement radars will prove challenging, because they employ countermeasures such as rapid frequency-hopping and agile beam-steering. The S-400 also employs new methods that reportedly have shown some ability to detect stealth aircraft. Among the most potent is the use of new radar systems such as the Nebo-M, which employ a combination of sophisticated radar systems designed to track and engage stealth aircraft at tactically meaningful distances.”

It is opined that a word of praise from a staunch adversary should carry appropriate weight.

As mentioned above there are counter claims about feasibility of jamming S-400 Radars.

Swain (Swain H 2020) has said that “As Israel is proficient in making sophisticated Weapon systems, one of its Jamming system in-cooperated with SU-30MKI has made it superior to rival’s platform. After Galwan Valley debacle, certain media reports stated  that Chinese have  deployed S-300 & S-400 systems near LAC, especially in Hotan Air base (S-400) due to presence of 50-60 Aircrafts compared to Ngari Air base. So, Indian military top brass came under pressure to deal with Chinese S-400. Hon RM Rajnath Singh visited  Russia ,as the guest for Victory day celebration,  used the opportunity to meet his Russian Counterpart, requesting  Russia to fast track  S-400 supplies.

However, at Indian end the question came up how would IAF counter Chinese S-400, if Airstrikes were to be ordered? The solution came up for IAF to explore Israel’s Rafael EW System. It includes 3 Type Components from Medium range to short-range jamming systems.  It is expected that “Sky Shield EW Jamming System”, mounted on an aircraft ( fig:2), may be able to deceive & disrupt the enemy radar signals ensuring the Strike package remaining undetected. The sky shield is also expected to create an EW shield that prevents hostile SAM or BMD batteries targeting the friendly forces & increases missions efficiency while conducting surgical or deep penetration strike inside hostile territory. However, the efficacy of the system is yet to be proven.

Trials by the United Kingdom – Jamming S-400 at Crimea Borders

In what would be pleasant news for US President Donald Trump, the British Air Force (Royal Air Force) has reportedly begun experiments for jamming the radar systems of Russia’s lethal S-400 surface-to-air-missile (SAM) systems.

According to several reports making rounds on the internet, the Royal Air Force (RAF) along with the Royal Navy (RN) have increased patrolling along the borders of Russia in what it is “an unprecedented operation to transfer (place) the Russian military to a defensive position.”

According to a Russian military website, Top War, the British Armed Forces have sent around 28 aircraft operating in the Arctic zone near the Kola Peninsula and over the Black Sea, to the borders, where the S-400s and the S-300s are currently deployed.

Reports claim that the operation is a part of Britain and North Atlantic Treaty Organization (NATO) partners to scan the frequencies of the defence systems which will enable them to identify vulnerabilities of Russian anti-aircraft systems. This could create a window for stealth fighters like the F-22s and F-35s to approach the region at a closer distance without being detected by the powerful radars of the S-400.

According to a military expert speaking to Avia.Pro, “The British may well study the “holes” in Russian air defence systems, including the ability to work in multitasking mode. This is the first time such as endeavour has been observed and Russia should be prepared for any development of the situation.”

However, how much RAF/RN attempts have succeeded is not known. So it’s a wait and watch game.

Russian S-400 is one of the best Integrated Missile Defence Systems available. If reports are to be believed even the US is worried about S-400’s capabilities.  Based on its capabilities India has decided to equip Indian Airforce with five S-400 systems (China already has it). As per Russian assessment, S-400 System radars are nor susceptible to jamming. But these claims are being contradicted by the western world.

RAF and RN have already begun endeavours to find weaknesses in the S-400 system, Surprisingly India has also decided to try out Rafael (Israel) made Sky Shield airborne system, to jam Chinese S-400 systems. But what is true, what is false or how effective these so-called jamming systems are likely to be is a matter of speculations now.

One interesting question which needs to be probed further is that if India can explore Sky Shield to jam Chinese S-400 systems, won’t China –Pakistan uses similar techniques against India?  And if they do, then what would be the future of Indian S-400 systems? Should India discuss this issue with Russian developers and find an innovative solution to this vexed issue?