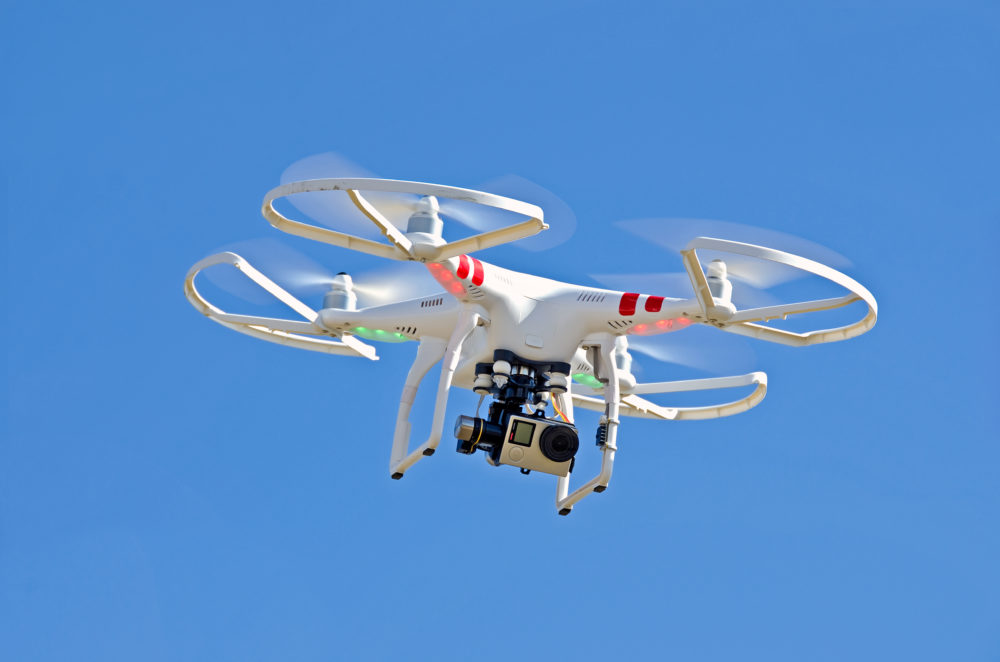 “Brutality and injustice made us raise our hands towards the sky for years, God didn’t respond to us, but drones came to our rescue.” M.F. Moonzajer. Smartphones have revolutionised our lives in the past decade. Drones are the next which could impact our lives in the coming decade. The Armed Forces cannot endure in isolation and will be a major market for military drones in the coming years. The quote above is also applicable to the military. As a nation, we are still far from exploring the possibilities of drones in military applications. Albeit UAVs being a part of our military operations, they are yet to go beyond surveillance and weapon delivery applications. We can tour the varied possibilities which could aid the armed forces in years to come.

Miniature Pilotless Aircraft or Flying Mini Robots, drones are rapidly growing in popularity. The Two-week-long Nagorno-Karabakh conflict between Azerbaijan and Armenia has given some indications on the lethality of cheap low flying stealth drones. This war also showed us some indications on the vulnerability of tanks and artillery vehicles in the years to come. Are drones going to disrupt the way of fighting the conventional war?

It is now apparent that airborne disposable autonomous drones are more lethal than land-based robots and autonomous ground vehicles. In pursuit of designing and developing smaller and lighter subsystems, platforms based on MEMS and nanotechnology opened a large area of innovative disruptive technology in the area of military drones. There is an urgent need to equip our force and to reinvent our tactics in the wake of recent developments at Nagorno-Karabakh since the neighbour at our eastern border is capable of springing a similar surprise.

The level of autonomy of military drones is increasing every year. Autonomous military drones blended with artificial intelligence being developed are stealthy, have sensor fusion, various channels of communication, autonomous navigation, scheduling of tasks and even autonomy of choosing tactics. DARPA has successfully steered and developed many autonomous platforms in the US. The carrier-based autonomous drone, Northrop Grumman X-47B could even carry out a mid-air refuelling. The advent of swarm technology coupled with AI would certainly change the way we fight the war in future. Both manned and unmanned aircraft can jointly undertake missions in sync.

NATO has classified the military drones as Class I, II and III with respect to the size and endurance. Anything weighs below 150 Kg is class I and the drones weighing between 150 kg to 600 Kg are underclass II. These drones are tactical in nature. The strategic ones are the ones weighing beyond 600 Kg, which come under the class III. The roles of the drone in the military were confined to reconnaissance, combat mission includes weapon delivery and as decoy targets. Majority of the military UAV platforms are under the class II and III.

Of late DARPA has started focussing on Fast Lightweight Autonomy (FLA) program, which is a clear indication of the growing relevance of small drones. The possibilities of class I drones in military applications are being explored in this article. Academia and incubators can focus on developing these applications in the years to come to support our Armed Forces.

Suicide drones are going to trigger a Revolution in Military Affairs (RMA) in the coming years. Stealthy suicidal drones can fly low by carrying a payload of detonators and fly to the designated target with a high level of precision. This can even enter a closed area under a roof or a bunker and detonate. Such drones can be tailored and customised suiting to the battlefield and missions being carried out.

Micro or small drones weighing a few grams can be a buddy to a soldier which can be launched during dark hours to map the terrain ahead prior advancement of troops. These drones with Forward Looking Infrared Cameras (FLIR) cameras can give live clear pictures of the terrain ahead for safe night missions.

Small VTOL (Vertical Take-Off and Landing) drones can also be mounted with a laser gun payload that can detect and designate the target in pitch dark conditions. The laser coupled weapon delivery system can guide the rocket/ missile to the designated target.

SAR radars are used for large-area high-resolution images in cloudy and pitch dark conditions. All military satellites and high flying military reconnaissance UAVs are fitted with these radars. These radars use the principle of artificially enhancing the radar antenna aperture for obtaining high-resolution images. In order to map the movements of enemy installations/vehicles/troops across the border, low altitude drones with SAR capabilities coupled with AI can be used in the dark hours.

Birds flying across the border can be lethal in the coming years. It is very difficult to catch bionic birds on radar or camera. In areas where bird activities are more, identifying bionic birds among other birds are nearly impossible.

As Chaff and Flares

A whole range of deception and decoy systems can be articulated and designed by drones for countermeasure operations. It can even carry pyros for flares and misguide enemy radars and incoming missiles by launching chaffs. Sacrificing a drone in lieu of an expensive military platform would always be a better option for a fighting force. This system can be deployed at sea also.

Over The Horizon (OTH) Communication Transceiver

Line of sight is always a constraint in V/UHF military communication systems due to uneven terrains. Erecting a mobile communication tower needs mobilisations and cannot be done in a stealthy manner on hilly terrain. VTOL drones with OTH transceivers could do the trick for military troops. On an as-required basis, the troops can launch the drone to a predetermined altitude. The drone can be made airborne for a set duration of time to facilitate the communication successfully.

Hostile uneven terrain is always a challenge for troops to navigate and progress their missions. VTOL drones with adequate sensors can move ahead and always act as a guide to the troops on the move.

Drones fitted with Ground Penetrating Radar (GPR) using software-defined radio (SDR) platform can be a game-changer in exploring the already planted landmines. Since detecting and defusing mines is a hazardous exercise, drones are the best bet for these hostile missions.

It is also wiser to use drones for supporting troops deployed in the forward areas of uneven terrain. Introducing VTOL drones to lift different payloads could be explored in the days to come. If amazon can do drone delivery in cluttered cities, why not we design ruggedised drones for military transportation. We can create fleets of drones as a support system for providing logistic supply for frontline troops deployed on mountain tops and hostile terrains.

A swarm of cheap detonating drones launched across the border could be always a disaster for the enemy. It is very difficult to detect and destroy these disposable drones. This model of the offensive is stealthy, lethal and cheap to execute.

Search and Rescue (SAR) at sea is always a challenge for the Indian Navy. A delay in a SAR mission could be detrimental in saving the life of drowning casualties. Shipborne VTOL drones would certainly help in tracking the floating debris beyond visual range from the rescue ship.

Gun mounted drones can be used as an airborne platform to infiltrate and destroy enemy positions. These drones can be designed with appropriate recoil stabilisation. Aerial drones are any time better than the land robots for missions including counter-insurgency operations. Swarming these drones to take up frontline attack would be an RMA in the years to come.

The submarines are stealthy and very lethal at sea. They always pose a serious threat to naval vessels at sea. Tracking enemy submarines is a big challenge using sonobuoys and depth charges. But when we need to cover a large area in ASW operations, ship-borne drones swarms could become handy in establishing communications between floating sonobuoys to the mother ships or even ASW aircraft under operations.

Nano drones can also be exploited for daylight operations by mounting high-resolution aerial cameras. This also can be designed as a pocket-sized buddy for the soldiers set on a mission.

The initiative by DGCA by bringing in the ‘Digital Sky’ and ‘NPNT’ (No permission No Take off)  regulations can help only safe flying of drones in the civil airspace. These initiatives are mere regulations and are not going to directly help the drone industry to take-off. India lags in drone technologies associated with the military. Time has come for the drone manufacturers and enthusiasts to look into the varied applications available in the military domain and support Indian Armed Forces.

References: Hyperlinked directly from the article