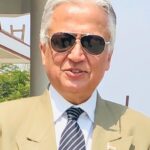 Ambassador Deepak Vohra, Senior Advisor, DRaS has recently visited the Kashmir valley. He has given us a vivid picture of the current situation.

When we mainstreamed Kashmir into the great Indian family three years ago, a former cricket player who claimed to be the Prime Minister of his country, asked his compatriots to stand for 30 minutes after Friday prayers looking to Srinagar as an expression of support for the people (it was more like school children being chastised). Booted out some months ago, the fellow now sings India’s praises.

A violence-spouting separatist leader turned self-proclaimed Gandhian will spend the rest of his life in our jails and now swears by India.

I have been to Kashmir recently. The sense of “azadi from atank” is palpable. For three decades we celebrated Independence Day in Srinagar by hoisting the national flag in the Secretariat Building under tight security. I reported on the Kashmiri mood in 1991 for Doordarshan. It was sullen.

In one state election, voters in a vulnerable constituency stayed away even though the terrorists offered them a TV set kept in the mohalla if they dared to risk their lives by voting. We had identified the goons, but could not take action.

Kashmir regressed into the Stone Age, quite literally. Then one regime in New Delhi decided that special status over 70 years had created nothing except terrorism. The great wheel of national destiny began to turn, faster and faster. Out went 370, and in came the progress.

Next year, we will have several G-20 meetings in Jammu and Kashmir. What motivates people? Financial well-being said Chanakya 2,400 years ago, is supreme.

During Bill Clinton’s 1992 Presidential campaign, the catchphrase “it’s the economy stupid” referred to the then incumbent’s lack of popularity.

The following report by Michael Rubin is totally accurate. I can vouch for it.

Three years later, I took the opportunity to see Kashmir for myself. My conclusion: Pakistan is in trouble. While Kashmiris under Pakistani control remain hobbled by a moribund economy and suppressed by Jamaat-e-Islami extremism, Kashmiris in India have security, taste freedom, and thrive.

The signs are everywhere. Whereas Pakistanis depict a region in India where civilians cower under the yoke of the Indian army and separatists represent the popular will, the reality is different. Certainly, Indian police from outside the territory are present, but their checkpoints are unmanned and traffic flows. The emergency is over and life is normal. At the height of the day and long after dark, both in the capital Srinagar and in the hinterlands, there were no active checkpoints. This extended to southern Kashmir, where in years past, Pakistan-trained terrorists exploited the night to bring commerce and life to a halt.

Evidence of Kashmir’s growing confidence is everywhere. I drove past the crowded new Inox multiplex, Srinagar’s first operational cinema in thirty years, where young men and women as well as families can see the latest films. It may sound simple, but many Kashmiris spoke about the cinema as a sign of normality after militants began to harass and even kill Bollywood fans in the 1990s.

I met a seventeen-year-old girl who badgered her father into allowing her to do karate. She is now a national gold medalist and competes in international tournaments. Her schoolmates and friends now demand similar freedom from their families. With militancy pushed back, Kashmir’s traditional moderation and even liberalism again prevail. Her friend, a blackbelt and powerlifter, had a similar story. Other women have started businesses or entered politics. In the nearby town of Ganderbal, the Sikh president of the local university showed off new athletic fields and preparations for a multi-university football, volleyball, table tennis, and kho-kho tournament. When I asked what kho-kho was, he took me to a nearby court where two teams of young women were scrimmaging in the ancient Indian team tag sport. With the Taliban takeover of Afghanistan and state-sponsored extremism in Pakistan, Indian Kashmir is an oasis of freedom for women to pursue activities forbidden elsewhere.

Perhaps the biggest cause for local optimism was the normalization of education and commerce. For almost three decades, separatists sought to show their power by forcing schools and businesses to shutter. The sense of impunity was so absolute that they would publish monthly calendars in advance to show where and when they would flex their muscle. The losers were the Kashmiri people, as India’s regimented exam system does not make exceptions for those forced out of school for months at a time.

The business was apparent as was the growing wealth of Jammu and Kashmir. Tourists, mostly from India but also many from Europe, Israel, and the United States have returned to Dal Lake, and its famous houseboat hotels. The line to enter the nearby Mughal gardens stretched outside and down the block, a concentration of men, women, and children I would never see in any of the active conflict zones I visit. Nor was the tourism limited to Srinagar. On a mountain slope outside of Ganderbal, a young couple had purchased a plot of barren, rocky land and transformed it into a thriving eco-lodge and conference centre. Inspired by their intervention, their neighbour founded a fish farm. I stopped for coffee and a small snack at a sleek new restaurant along the main road in Kulgam, southern Kashmir, to give my driver a break; we had gotten caught in traffic as a train passed on the region’s new railroad. Heading to Jammu, it would pass over the highest railroad bridge in the world, more than 1,000 feet above the Chenab River below.

Not everything was tourism: Much as Morocco won over Western Sahara by pumping money into a long-deprived region, today India spends more per capita on Jammu and Kashmir than it does in any other state. Saffron stores flourished, attracting business from the heavy traffic along the Srinagar to Jammu highway. Not far away, near Pulwama, infamous as the site of a February 2019 Pakistan-sponsored suicide bombing that killed more than forty Indians, new cricket bat factories dot the highway, planks of willow wood piled high. Each supports nine or ten families or perhaps 70 to 100 people. These, and handicraft and artisan factories and shops on the road to Gulmarg, the government now supports with low-interest loans and marketing support. The result is tremendous: Kashmiris now build expansive villas in the countryside. This is an important barometer of progress. When locals fear the continuation of conflict, they invest in gold because they can take it with them if forced to flee, but when families feel confident in their future, they invest in real estate and build a house to last generations.

Religious freedom is also apparent. In Srinagar, I met Hindus returning after having been forced to flee by Islamist militants decades ago. While I expected greater local concerns that the 2019 change in Kashmir’s status would mean an influx of outsiders into the state, locals told me this never materialized: Indians like to visit, but do not want to relocate outside major cities or their own ancestral regions. Traditional Sufism has made a rebound as the return of security no longer means Pakistan-inspired militants can impose their will through the threat of violence.

This hit home when I met a Lashkar-e-Taiba veteran. He related how his Pakistani controllers brainwashed him into believing Hindus prevented Muslims from praying in Kashmir and closed mosques. After he infiltrated the territory, he realized they had lied to him as mosques thrive and people pray openly. I visited a pro-bono lawyer who handled many such security cases; he said such revelations were common. Prior to 2019, teenagers often threw stones at vehicles belonging to security forces or violated the militants’ general strike orders. When police caught them, they often said they were following the Quran as Jamaat-e-Islami inciters taught them. When shown no such verses existed, they were chagrined.

Religious freedom manifests itself in other ways. In Pakistan, Shi’ites represent 20 percent of the population but are often subject to vicious terrorism. In Kashmir, I got caught in traffic as police closed one-half of a major road so that Shi’ites could march in a religious procession. Thousands turned out. In Pakistan, both militants and a state seeking to appease them victimize heterodox sects such as Ahmadis. In Indian Kashmir, I passed Sikh temples that could no longer exist across the border.

This does not mean everyone in Kashmir is happy with the changes brought by the abrogation of Article 370. At one university, professors complained bitterly that they no longer could directly hire faculty, but rather had to deal with central authorities in New Delhi. Other Kashmiris, however, dismissed such complaints as rooted mostly in the disruption of the old patronage system. Even those happy with current developments resented the initial blockage of the internet and cell phone system, as the central government undertook a security operation to arrest militants and deployed to prevent instability. Today, however, all those deprivations are gone. It was brief pain to prevent more sustained hurt. Essentially, New Delhi ripped off the band-aid.

There are other reasons for complaint. Demotion to “union territory” status means direct rule by New Delhi. This may strike outsiders as anti-democratic, but it has parallels in the United States: The Commonwealth of Pennsylvania regularly extends receivership over bankrupt towns and cities when corruption and mismanagement threaten solvency and functioning. It was a temporary arrangement, much like union territory status will be. That more than 30,000 showed up earlier this month to hear Home Minister Amit Shah speak in Baramulla, a district once off-limits to senior Indian officials because of terrorism is an indication that ordinary Kashmiris do not share the resentment voiced by a corrupt, aristocratic old elite.

For Islamabad, this is the problem. Islamabad and the separatists and terrorist groups it sponsors may say India denies Kashmir freedom, but reality increasingly suggests otherwise. Pakistan may claim to be the flagbearer for Kashmiris, but Indian Kashmir’s great leap forward economically, socially, and politically can only embarrass Pakistan, for it, both shows the failure of Islamabad’s stewardship and highlights its cynicism.

The developments in Kashmir appear irreversible; no opposition successor to Prime Minister Narendra Modi will be able to set back the clock. The question for Pakistani authorities is how they will address the loss of any legitimacy to their rule in the portion of Kashmir they control. Will they double down on terrorism or will they recognize that peace, freedom, and tolerance are the way forward?

Ambassador Deepak Vohra is the Special Advisor to the Prime Minister, Lesotho, South Sudan, and Guinea-Bissau, and to Ladakh Autonomous Hill Development Councils, Kargil and Leh. He is Hon Lt Gen of the Sudan People's Liberation Army of South Sudan. AMB Vohra is from the Indian Foreign Service class of 1973. He studied at St Stephen’s College, National Defence College, and Sorbonne University, Paris. He ranked first in School, College, in the Indian Foreign Service, at the Lal Bahadur Shastri National Academy of Administration, and at the Indian Institute of Foreign Trade. AMB Vohra is one of India’s most loved television figures