Sino-Indian Border Conflict: Has the Dragon Bitten More than He Can Chew 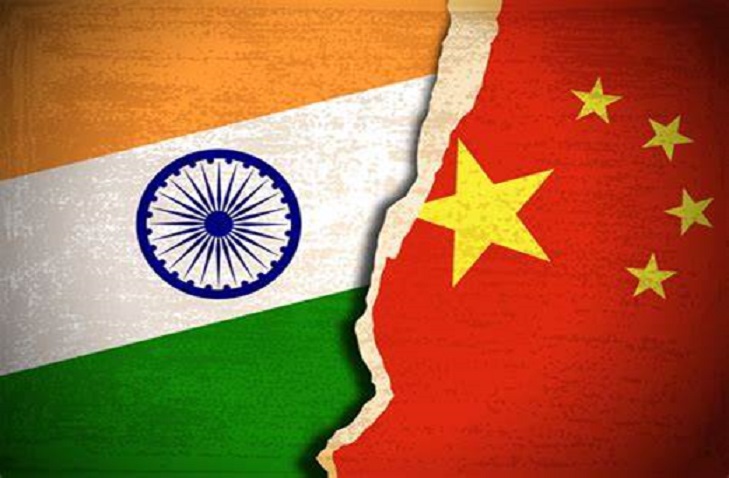 Much has happened in the past one month at the Line of Actual Control in East Ladakh and the situation does not seem to de-escalate in spite of a great deal of restraint by India. There has been a great buzz in the media and elsewhere of the Foreign Minster’s talks of the two nations at Moscow recently with the announcement of a five point joint declaration, which fell short of expectations of most Geo- Strategic experts. Everyone has now one question to ask; “What is the way ahead?” Do we have the answer to this million dollar question.

If we go back in time, it would be worthwhile to recollect the statement made by Xi Jinping in the 18th Party Congress meeting, in the year 2012 when he took over as General Secretary of the Communist Party of China. Today he wears many hats i.e President of the People’s Republic of China, Chairman of the Central Military Commission (CMC) and the General Secretary of the Communist Party of China. He had alluded to his signature slogan the “Chinese Dream“. “This dream can be said to be the dream of a strong nation, And for the military, it is a dream of a strong military”. The aim which was propagated by him then was to recover all territories which the Chinese considered as most important to them.

Many analysts have attributed the present incursions to the COVID situation and India’s building up of strategic lines of communication in Ladakh which is far from the truth. The Chinese dream had already taken shape in 2012 with the three major dimensions of war i.e public opinion, psychological and legal warfare being addressed in a very planned and deliberate manner. The planning for the present incursions in Ladakh started as early as 2018. If one would be watching the Chinese intentions, it could be observed that from the year 2018-19 onwards, the Chinese military writing had an increased reference to training, India as the identified enemy, and references on how to strengthen Pakistan.

It was therefore only a matter of timing that became relevant, as the PLA had made themselves battle ready, before their higher leadership decided to move into Ladakh in May 2020. The Chinese realised that the Indian economy had already taken a beating much before COVID, and were badly impacted thereafter by the spread of this virus. They did not bargain that India would stand firm and be resolute in their response to this Chinese aggression. It would be pertinent to mention, that the PLA had its last battle experience in 1979, with the Vietnamese Army, where it lost almost 26000 of its soldiers. The Sino-Vietnamese war is generally perceived in the West as humiliating for Chinese forces. The PLA is now up against a highly trained mountain warfare Army as was evident by the action of the Indian Army on the South Bank of Pangong Tso in the night of 29/30 August 2020 where the heights of Black top, Helmet Top,  Mukhpari and Reching La tops were occupied even before the PLA could blink.

This action of the Indian Army, where the SFF troops were used, who is Tibetan in origin, seems to have sent a strong message to the Chinese as well as to the Tibetans in Tibet. The Chinese now seem to be worried as the scenario has not worked to their liking. There are no face-saving measures available now for them to withdraw. Therefore, the Chinese are buying time and the present talks are an outcome of this strategy.

The current situation on the Line of Actual Control, therefore, presents the following options:

Option A.      The present force levels with the PLA Army do not suggest a scenario for an all-out war. (In mountains for an attacker to overcome a defender a combat ratio of minimum 6:1 is required, whereas the present combat ratio between the two armies is 1:1.) There is also no possibility to escalate in the sectors other than Ladakh, as had been earlier reported that presence of PLA troops was observed on the Himachal and Uttarkhand borders at Shipkila and Barahoti areas respectively. Therefore, operations in the form of skirmishes could continue to happen and remain localised in the region of Ladakh. Once the winter sets in, the armies of both the nations would remain entrenched in their respective areas and the conflict would therefore be non-kinetic in nature.

Option B.      The other option being, that the Chinese would de-mobilise partially from their occupied areas, reduce force levels and equipment and have a minimum presence in their claimed areas.

Option C.      The Indian Army would take offensive action to evict the PLA  from the occupied areas, leading to a limited conflict. However, escalation of such a conflict to other areas cannot be guaranteed.

There is also some discussion amongst the experts, whether this situation could also escalate in the maritime domain. Presently, it seems unlikely unless the Pakistan Navy enjoins itself into this conflict. The PLA navy has its hands full in the South China Sea and therefore in the current scheme of things, the conflict would remain land centric and in all probability Option, A seems most likely.

Therefore it would be prudent to assess that the Indian Army needs to be prepared for a long haul, as it is unlikely that the situation is going to ease out much in the near future. It would not be out of place here, to mention the Sumdorong Chu incident, where the standoff started in June 1986 and lasted for more than a year. It was only after the intervention of the two head of states that the issue could be resolved. A similar scenario may get replayed here and one could await a meeting between our Prime Minister Shri Narender Modi and Xi Jinping in the near future towards a resolution of this conflict. Till then let’s wait and watch.