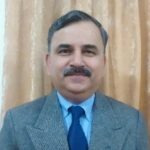 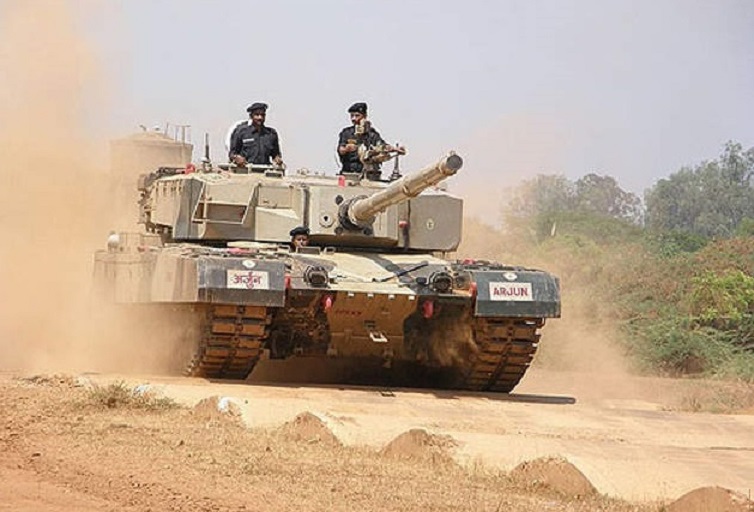 Reports of the Chinese Peoples’ Liberation Army (PLA) having deployed the Type 15 Tank in the Tibetan Plateau has reignited the debate about the utility or otherwise of the Light Tank in modern-day warfare. To understand the issue better, let us first take a quick look at some of the major specifications and capabilities of this tank. The Type 15 tank weighs 33 tons and is powered by a 1000 hp engine to give it a power to weight ratio of 30hp/ton. Its main armament is a 105 mm rifled gun which fires fin-stabilized armour-piercing discarding sabot (FSAPDS) rounds that can penetrate up to 500 mm of rolled homogeneous armour (RHA). In terms of armour protection, the details are not available, but it can be assumed that maximum armour protection in the front portion of the turret would be around 300-400 mm. The tank is also fitted with add on reactive armour for enhanced protection. It is equipped with a state of the art fire control system, night vision devices including a separate panoramic sight for the crew commander and communication equipment. Protection against NBC (Nuclear, Biological and Chemical) warfare is a standard fitment in all modern armoured fighting vehicles and is also there in Type 15.

Light tanks have been in service in many armies in the past but there are just a handful of countries at present with these weapon systems. Russia apart from China had developed the 2S25 SPRUT SD Light Tank in 2005 for equipping its airborne forces. This weapon system is based on the chassis of the BMD 3 Infantry Fighting Vehicle. The SPRUT weighs 18 tons and mounts a 125 mm smoothbore gun as the main armament. It has a power to weight ratio of 28 hp/ton, making it suitable for employment in high altitude areas. It can be air transported and airdropped using parachutes as well. However, this tank has been produced only in limited numbers and is also not in service in armies outside Russia. Its improved version, the 2S25 SPRUT SD M1 has been inducted into service around 2018 and Russian airborne forces are now equipped with it. The M1 is known to have an improved fire control system and a remotely operated machine gun in addition to its 125 mm main gun.

The United States had developed a light tank called the Sheridan in the late 60s and it remained in service till the nineties. The tank weighed 15 tons and its main armament was a low velocity 152 mm gun which could fire high explosive anti-tank (HEAT) shaped charge projectiles. It was powered by a 300 hp engine with a power to weight ratio of 17hp/ton. It saw extensive service in Vietnam but by all accounts, it was not a very successful tank. Its hull was made of aluminium and the 152 mm ammunition it fired from its main gun was defective as the caseless propellant would often separate from the warhead during loading. It was thus retired from service in 1996 without a replacement. During the early part of the 21st century, the USA reassessed that as part of its force transformation programme it needed to significantly upgrade its global deployment capabilities. For this purpose, the land forces needed to be equipped with a light Armoured Fighting Vehicle which could be rapidly deployed anywhere on the globe using transport aircraft. The interim vehicle chosen as part of the rapid deployment brigade combat teams was the Stryker wheeled vehicle which has many configurations apart from being an infantry carrier. It’s Mobile Gun System (light tank) version mounts a 105 mm gun and weighs around 20 tons. The Stryker is still in service in many theatres including Iraq as well as Afghanistan. In both these theatres, it has been found vulnerable to handheld, anti-tank weapons such as the RPG 7V, a favourite with terrorist organisations and the Afghan Taliban. Currently, the USA is engaged in developing a future light tank under Mobile Protected Firepower Project for its armed forces of the future. Prototypes under testing are in the 30-ton weight class with a 105 mm gun and active armour protection.

Coming back to the Light Tank. Face to face, the Chinese Type 15 and the Russian SPRUT are almost evenly matched but with few differences. The SPRUT has better armament in terms of calibre (125 mm) but the 105 mm FSAPDS round fired by the Type 15 is no lightweight either. In terms of protection, the Type 15 is 13 tons heavier, thus adding a lot more steel to enable better battlefield protection. Another crucial parameter in protection is the height of the vehicle and its overall cross-sectional size which will determine the ease of target acquisition at long ranges. The SPRUT is 2.72m high whereas the Type 15 is shorter at 2.5m making it a smaller target. Length and width are almost similar in both. Battlefield agility is also an important factor for survivability. The power to weight ratio of Type 15 is marginally better at 30hp/ton to the 28 hp/ton of the SPRUT giving it a slight edge in battlefield agility and operation in high altitude areas. In terms of operational and strategic mobility, the SPRUT would score over the Type 15 because of its much lighter weight as it would be easier to be transported by air and by tank transporters during Intra theatre movement by road. The SPRUT is also amphibious while the Type 15 is not. All in all, the Type 15 is more survivable due to higher armour protection, lower silhouette and a better power to weight ratio. In terms of firepower, its gun is almost as good as that of the SPRUT.

How would the Type 15 and the SPRUT fare in an engagement with the MBTs mentioned above? The Type 15 is very agile in the battlefield due to its very high power to weight ratio and low in silhouette, making it a difficult target to acquire. Its FS APDS ammunition will be able to do serious damage on the sides and rear of the MBTs. Its effectiveness on the better protected front 70-degree arc of the tank is a matter of debate. However, it will not be able to withstand a hit from any of these MBTs and neither will it be able to withstand medium artillery fire. Its reactive armour will protect it against high explosive anti-tank (HEAT) shaped charge ammunition but not against HEAT rounds with tandem warheads which can defeat reactive armour and FSAPDS rounds which rely on sheer impact. The SPRUT would fare better in firepower but would definitely not be as survivable as the Type 15 due to its lesser armour protection.

As is evident from the above, light tanks provide necessary firepower and agility but the area where they fall short is in survivability. They are very useful in short-duration missions such as airborne operations which need to survive on their own till a ground linkup is effected with main forces or during a reconnaissance in force or flank protection missions. The light tank definitely is not a replacement of the MBT in sustained combat but a supplement. It is extremely vulnerable to massed medium artillery fire which will be a precursor of all such engagements. In direct engagements with MBTs, light tanks such as the SPRUT will be the runners up because of their thin skins.

Over the last few decades, our continued commitment with counter-insurgency operations had started lulling many into believing that the days of the tank are numbered. Numerous articles by renowned thinkers had started appearing foretelling the demise of this formidable beast of the battlefield. In high altitude areas, we particularly had started believing that the tanks have a limited role until the Motorised Divisions of the Chinese Peoples’ Liberation Army with their latest tanks started knocking at our doors in Ladakh. There should be no illusions to the fact that the best weapon against the MBT is simply another MBT. There are other weapons as well which are necessary to stem the onslaught of the MBTs. These include handheld anti-tank missiles in adequate numbers with the Infantry Battalions, medium artillery preferably firing precision-guided munitions, the “tank in the sky”- the attack helicopter and ground attack aircraft, all operating in synergy.

Armoured fighting vehicles have three main characteristics, firepower, mobility and protection. An ideal mix of the three makes the perfect war machine. Can the light tank fill in a crucial capability gap? No sir. We need the real stuff, more main battle tanks if we have to squarely face up to the challenges posed by our adversaries.  Nothing less will do.

Major General Vijay Pande, M Phil, VSM (Retd) has served in the Indian Army for 37 years. He has been a part of the frontline combat soldiers and has extensively served in active formations along India’s borders. He has served for almost five years in Africa as part of United Nations military observer groups and as a trainer of African Military Officers. Among the important military assignments he has held include GOC 39 Mountain Division and Maj Gen in charge Operational Logistics HQ Western Command. The General is a postgraduate and M Phil in Defence and Strategic Studies and is currently pursuing a PhD in India Africa relations