The Uncertain Boundaries of Conflict 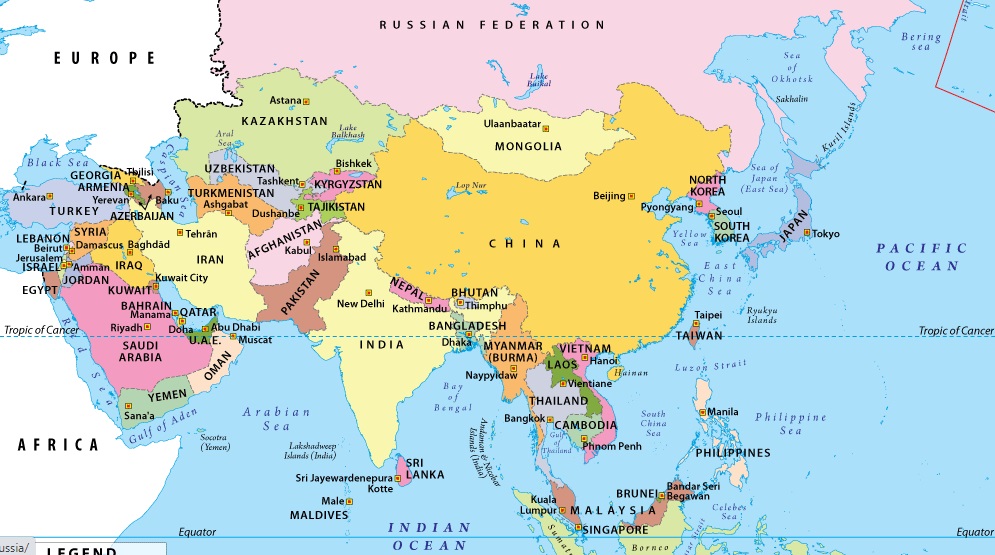 The Year 2020 could be termed as a “Black Swan Happening” which has taken the world by storm. It started with the COVID pandemic and later precipitated with unrest in Hong Kong, Turkey, Iran, Syria, conflict in the South China Sea and the standoff between India and China at the LAC in Ladakh. It was also a watershed year in nations distrust with each other as recently the American Secretary of State, Mike Pompeo stated that “the approach to Beijing should be distrust and verify”. He went on to add that the old paradigm of blind engagement with China has failed.

These events also brought forth an important aspect in world geopolitics with regard to the definition of a superpower. A superpower is a country in a dominant position that has the capacity to hold influence or project leverage worldwide. The key elements of a superpower being economic, military and technology. Post World War II, the United States of America and Russia emerged as the superpowers. However, it seemed that China had other designs. On account of its geographical area and human potential, China embarked upon “Mission 2035”, in which it galvanised itself to strengthen its economy, military and technology to that extent that it could easily displace the US hegemony to dictate the affairs of the World. The recent example being, China going after the United States in the United Nations Assembly, over the  United States not clearing its arrears of more than $1 billion, that the Trump administration owes the United Nations as unpaid dues for its regular operating budget as well as for the U.N.’s far-flung peacekeeping operations. In the last few decades, China has silently and suddenly overtaken everyone from behind and boosted its economy, military and technology to the extent where it can dictate its terms in the UN and World affairs.

China embarked upon wooing the African nations with loans and infrastructure projects. Chinese goods were flooded into the African markets. China was also conducting multi-dimensional cooperation with all of the South Asian countries (Afghanistan, Bangladesh, Bhutan, India, Maldives, Nepal, Pakistan and Sri Lanka). China’s linkage with South Asian countries expanded to all fields including economic, communication, cultural exchange, energy and the untraditional security cooperation. China’s major interests in South Asia included facilitation of trade and energy corridors throughout the region that China can access, so as to increase its presence in the Indian Ocean Region. The Ocean accounts for half the world’s seaborne container traffic, and 70 percent of the total traffic of the world’s petroleum. China considers the Indian Ocean to be a key strategic waterway because of a significant portion of its goods and oil transit through the Ocean. China’s South Asian Strategy also focuses on enhancing its influence with other South Asian states as part of a global effort to extend its diplomatic and economic influence. The China-Pakistan nexus is by far the most important and dynamic relationship in South Asia.

The Chinese “Three War Strategy” was therefore formulated for this purpose. This involved use of Public Opinion, Legal and Psychological operations to target democratic nations to show its invincibility and might. To understand how the Chinese Communist Party (CCP) shapes the world around China, we need to look to the party rather than the PLA. The party congress work reports, plenary reports, five-year plans, circulars and laws give out the narrative. The “Three Warfare” is not just a feature of the PLA doing what the militaries do to prepare the battlefield; they are expressions of the CCP’s intentions and day-to-day operations.

Today, China has purged into every nation of the World by dumping its products and making these countries subservient to its cause. Its economy has grown by leaps and bounds. China’s trade surplus widened sharply to USD 62.93 billion in May 2020 from USD 41.20 billion in the same month the previous year and far above market expectations of a USD 39 billion surplus. The Standing Committee on Commerce (Chairman: Naresh Gujral) submitted its report on ‘Impact of Chinese Goods on Indian Industry’ on July 26, 2018. Bilateral trade between India and China increased from USD 38 billion in 2007-08 to USD 89.6 billion in 2017-18.  While imports from China increased by USD 50 billion, exports increased by USD 2.5 billion during the same period.  This has widened India’s trade deficit.

Trade with China constitutes more than 40% of India’s total trade. The nations in the subcontinent particularly India is now waking up to this grim reality.

The portents of Chinese dominance in the Indian sub-continent and the South China Sea are signs of growing concerns. China has total control on the South China Sea with established bases in the reefs of the Spratly and Paracel islands. This has resulted in a conflict with Taiwan, Malaysia, Philippines, Vietnam and Brunei. These islands are important strategic and economic regions and are astride major maritime trade routes to Northeast Asia. Coming closer to the Indian sub-continent, recent reports have indicated that several Himalayan villages of Nepal are now in Chinese territory. Also the Chinese have made Nepal’s ruling Communist Party release a new political map of Nepal that includes 363 sq km of Indian Territory in Lipulekh and adjoining areas. China has also an 89 sq km disputed area with Bhutan at Doklam and has also laid claim to the Sakteng wildlife sanctuary in Bhutan’s Trashigang District.

The Chinese transgression in the LAC at Ladakh is seeing no sign of abating. All diplomatic efforts and talks seem to be failing as this is not what the Chinese leadership understands. A peep into history and previous conflicts will clearly indicate that whenever we have succeeded in making the PLA withdraw it was through a show of force and kinetic action. The limited conflicts in Nathu La and Chumar are a testimony to this fact. This is the only language the Chinese understand. Unless effectively countered now, the Chinese will continue to steamroll other nations and stymie their progress towards economic well being.

China is now becoming a global threat and a parasite to all mankind. All nations need to unite together to tame the dragon. Initiatives like the QUAD would need to be formalised. Important nations must overtly come forward to strengthen India’s resolve to take the Chinese head-on. China will continue to torment India and slowly bite away small chunks of our territory unless India decides to escalate this issue.  This is an opportune time for the Indian Armed Forces to get their act together and take on the Chinese at all the areas which have been transgressed. This would include finger 4 to 8, Gogra Hot Springs, Galwan Valley and the Depsang Plateau. It needs to be understood that both the countries lack the firepower to push for a decisive victory, so the end game may get decided by the extent of the conflict.  The time for reckoning has come and cannot wait any longer.