United Nations Security Council–A Boon or Bane? The implication for India (Part 2 of 3) 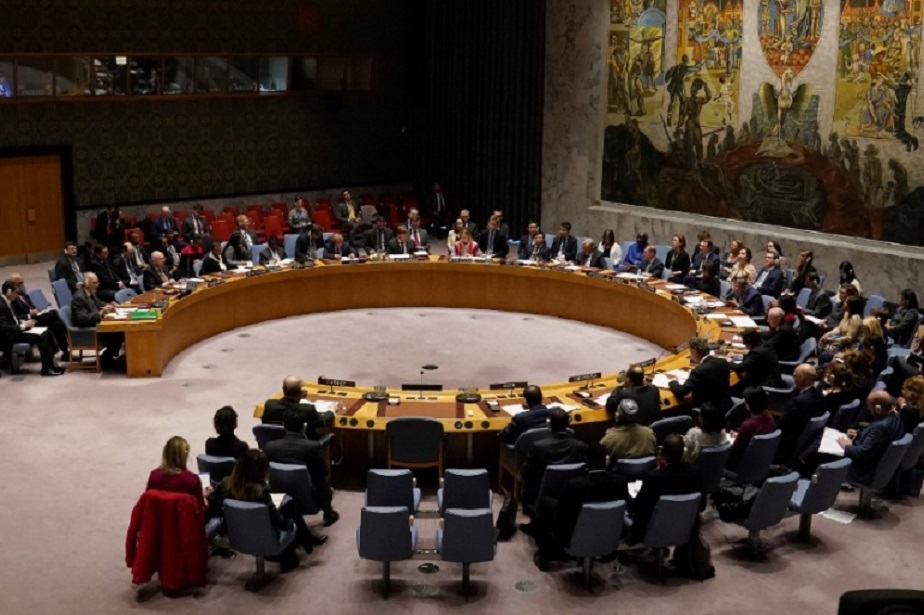 Part 2 of this article is focused on the following sections:-

Counter Opinion Against Criticism of UNSC8

The author is aware that every coin has two sides. Thus, counter-opinion also needs to be examined.

A detailed analysis by a publication-The Conversation- has brought out that “ In recent years events in Gaza and Ukraine and the gridlock in Syria had dominated newspapers and airwaves – and debate in the United Nations Security Council. Despite UN Secretary-General voicing strong condemnation of alleged crimes against humanity in Gaza, the UN had been widely criticised for its inability to ensure global co-operation to protect the world’s most vulnerable populations.

Given the high-profile vetoes of Russia and China on Syria and the repeated vetoes from the United States in regard to the Israel-Palestine conflict, renewed debate over United Nations Security Council reforms and attempts to curtail the controversial power of veto has ensued.

The UN Charter proclaimed at the UN’s establishment in San Francisco in 1945, gave the Security Council primary responsibility for international peace and security. As a process, out of fifteen, nine affirmative votes are necessarily required for a resolution to pass. However, if one of the P5 casts a negative vote, a draft resolution cannot be approved.

To cite an example, an Australian-led revolt against the veto was rejected by the US. Washington argued that a world organisation that hinged on ongoing participation of the great powers must allow them to protect their “vital interests” or fall into irrelevance.

This proved to the case for the UN’s predecessor, the League of Nations, which had no veto provisions in its Covenant. By the time it was most needed, at the onset of the Second World War, none of the most significant world powers (US, USSR, Germany, Japan) was members. Without the veto, the UN Security Council would surely have suffered the same fate.

It is difficult to imagine how the UN would have survived the Cold War were it not for the veto. Facing an anti-Soviet majority in the years immediately after 1945, the USSR is unlikely to have remained committed to a capitalist-dominated UN with international enforcement powers.

Although a veto is undoubtedly frustrating to those on the receiving end, the omnipotence of the veto is greatly exaggerated. Agreement in the Security Council is, and always has been, much more common. Even at the height of the Cold War – when the Security Council was divided along ideological lines – the number of vetoes never went beyond 20 in one calendar year.

Although media attention on the gridlock in the Security Council in the cases of Syria and Israel/Palestine paint a bleak picture of the divisions, the council has achieved noteworthy consensus.

The veto does mean, however, that in some instances the Security Council can be paralysed, but today it has a much broader agenda than at any other time in its history. As well as the high-profile cases such as Syria, its agenda included (a few cases sited):=

The Security Council has found sufficient unity to act on most of the above issues. This has been remarkable given the breadth of its deliberations has never been so broad nor its agenda so comprehensive.

It is also important to note that the veto might inhibit the escalation of local or regional crises – one of the purposes for which it was intended. Given the radicalisation of elements of Syria’s opposition, manifested in the Islamic State of Iraq and Syria (ISIS), one could, at least plausibly argue that tougher one-sided measures against the Assad regime might only have made the situation worse by strengthening the hands of groups even more callous than Assad.

The veto thus allows Security Council members to set aside those issues on which they cannot agree but to remain engaged on those others – the great majority of cases – where they can.

Scenario: A Security Council Without the Veto?

International peace and security would not be well served if no veto had existed and Russia was able to influence eight other members to validate the annexation of Crimea; if the US was able to persuade eight other states that no Palestinian state should ever exist; or if nine states agreed that Israel did not have a right to exist.

The Security Council’s lack of action can sometimes be frustrating and devastating. But, on balance, history has taught us that the world order is better served by working through the great powers rather than by alienating them.

After analysing the “for and against” arguments, the author opines that on the whole current Veto system is detrimental to the good order and cannot serve the noble goals of the UNSC. While the system of Veto needs to be there, wider reforms are needed to stop its sometimes unfair use, as currently happening in the case on P-5. Thus a strong case for reforms can be established.

In addition, the trend of arms acquisition and proliferation by the P5 has left all other developing countries like Iran, North Korean, India, Israel, Palestine and the Islamic States, with no option than to channel their limited and insufficient resources, to the acquisition of weapons of mass destruction as a deterrent against external aggressions,  No doubt, the veto holders have through this trend, abused the provisions of article 26 of the United Nations charter which stipulates that “in order to maintain global peace and security, the Security Council should be responsible for the formulation of the laws guiding it”. But if one may ask, who are the powers occupying the Security Council? It is the same forces engaged in the global arms exports.

For the above obvious reasons, many countries have given the clarion call for a total reform of the veto system or its total reversal in terms of size, exclusiveness, and regional representations, categories of representation, permanent memberships and methods. He has recommended:

He has also pointed out that, “Together with the previous proposals, certain specific proposals, inter alia, for reforming the veto-power have been evolved. Mexico and the group of NAN have suggested limiting the scope of the veto-power to the “enforcement actions” and to extend its non-application to the pacific settlement of disputes/ admission and expulsion of Members/election of the Secretary-General. Secondly, the AU along with Italy, Mongolia, Singapore, and Tunisia have recommended for extension of the veto-power only to preclude the UNSC from adopting a resolution, if Veto has been cast by two or more Members of the P-5 concurrently, to limit a single permanent Member’s power. Lastly, as a matter of common justice, Germany, Japan, India, Brazil, the AU, and the AL proposed to extend the permanent Members of the UNSC where all the permanent Members will be entitled to exercise the veto power. This too needs to be examined.

For good of the world let us hope that both UN General Assembly and UNSC would consider and approve suitable reforms, to make UNSC more effective and objective.

The article will continue in Part 3 (Sections VI to VIII)

8. Don’t be too quick to condemn the UN Security Council power of veto, The Conversation, August 12, 2014, Retrieved from Top of Form https://theconversation.com/dont-be-too-quick-to-condemn-the-un-security-council-power-of-veto-29980, Accessed on 17 Oct 2020

Iyase NB, March 2017a, A A critique of the veto power system in the united nations security council, the department of political science and international relations, college of leadership and development studies, covenant university, OTA, Nigeria, Retrieved from http://journals.univ-danubius.ro/index.php/internationalis/article/view/4116 accessed on 16 and 17 Oct 2020: