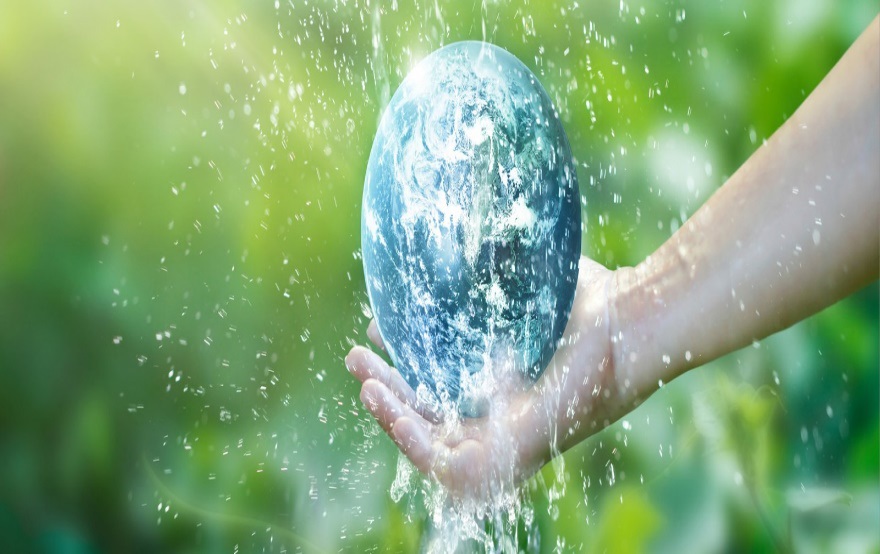 Resource sharing plays an important part in international relations as it has the potential to determine the wealth and prosperity of a nation. Water in this context is not a brand-new debate as it is a significant component of human life from brushing to agriculture to industrialisation. Water disputes are one of the major highlights in security studies as it is a basic commodity for sustenance. There are various lenses to understand water-related concerns and these provide a basic understanding regarding its relation to security studies.

Water as an alarm for disputes

Disputes arise when parties at both the end have started to suffer due to a common resource which is an essential factor in their day-to-day lives. In this context, water is seen as a conflict multiplier where both the parties claim the rights over a river basin or water resource. Perceptions at both sides defer according to their needs. For instance, the dispute over River Kaveri between Karnataka and Tamil Nadu where both sides place their arguments over-dependency on the water. The dependency of water for Bengaluru city itself in a year equals to 23.1 tmcft of water whereas 20% of Tamil Nadu’s population is served by schemes that depend on 17 tmcft of water per year. Hence, these dependencies and fears concerning scarcity are the main alarm towards a dispute.

Water as a political and economic tool

Tensions over water are used as an instrument for political echelon during elections as their campaign agenda. There are few international NGOs like ‘WaterAid India’ that focuses on providing awareness about water, sanitation and hygiene (WASH) to the people. However, it is important to bring action-oriented platforms for people from lower to upper strata to involve and participate in such initiatives.

As with the growing population, the dependency on the water is also increasing which in turn is affecting the demand and supply chains in the ecosystem of water management. Sustainable use of water resource is an essential step when the population is on the rise. For promoting such sustainable steps terms like ‘Day Zero’ needs to incorporated in the system as was taken up by the population at Cape Town where started to minimise their use and could extend the expected ‘Day Zero’ scenario.  Many Corporations like Suez, Veolia and Wall Street investors are seeking to make a profit through investing and managing the local water systems and storing them and selling water as a commodity to water-scarce regions. This emerging trend is not a viable option as water should not be used as a commodity for making a profit.  On the contrary, it is also believed to be a viable option to reduce the wastage of water as people will be more conscious as they pay for each ounce of extra water.

Water as an instrument of Peace and Cooperation

Concerns over water have fostered multifaceted problems and have led to conflict multiplier at few instances like in case of Israel and Jordan where both the countries have normalised political and other relations but water dispute divides them. Such incidents hinder the scope for peace in the region. Whereas there is another example which pictures a different scenario as in the case of India and Pakistan over Indus Water. The hostility in the relations has not affected the cooperation mechanism adopted through the Indus River Water Treaty (1960).

A debate or a continuous conversation?

It is an inevitable debate over the ownership of rivers that are situated between the two countries. Contentions over water and argument placed from each side would bring more dynamic structures and institutions in the debate such as the United Nations. United Nations recognised it as a human right and imposed certain obligations like respect, protect and fulfilment of it by the State parties. Nevertheless, it is also a continuous conversation as ‘water’ is still on the orbit of conflicts and never-ending dialogues.

Checkmate or Stalemate in International Relations?

Water is an important part of security studies and international relations.  The world is presently tied in a deadlock where few countries have no access to water and a few others have plenty. For instance, Brazil is on the top list providing the highest volume of renewable freshwater resources whereas countries like Uganda suffers from clean water resources. Water management is a sensitive issue and few experts predict that the demand for water would rise to 55% between 2000 to 2050. Water has turned into a valuable resource in the recent years and scarcity and issues surrounding it will drain out the peacebuilding processes like in case of Israel and Jordan. To break this deadlock, it requires possible actions towards water management at regional, national and international level.

The invaluable use of this valuable resource needs to be channelled through proper communication and various other mechanisms. Water and its relations to geopolitics is a vast field that covers numerous stakeholders to decide the fate of rivers. However, water which could have been an instrument for bridging the hostilities between countries have worsened the situation. Certain contentions like the construction of dams to divert water to the downstream countries by the upper riparian also play a key role. For instance, the Renaissance dam of Ethiopia. These issues cover up the security ambit of geopolitics. Hence, ‘water is a medium, a substance of life and death’.