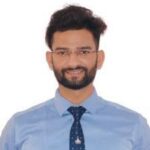 According to Brooking’s research published last year, the government’s behind-the-scenes efforts to influence and define international technological standards reflect President Xi Jinping’s goal of China becoming a “cyber great power.” China’s “measures not only advance the country’s financial interests, but also boost its campaign for ‘cyber sovereignty’ over ideas, information, and data,” according to a recent Asia Society Policy Institute research. “State management of the internet and China’s approach to data governance limit access to information and stifle free expression and other universal rights.”

What are the ramifications of China being the global standard-setter for technology? What strategies might the United States, Japan, the European Union, and other adversarial nations pursue to advance their respective interests?

The development and implementation of standards have a significant impact on how markets and technology operations. Yet much too much recent talk of China’s standard-setting role presents technology as monolithic and national interests as naturally cohesive and tidy. The reality requires in-depth examination and strategy.

There is no simple, universal solution. Standards may impose restrictions on the use of specific intellectual property, the licencing of which generates significant revenue for specific businesses. Common standards across divides, whether between computer systems, industries, or governments, can facilitate interoperability and collaboration, whereas fragmented standards can exacerbate operational friction. Certain standards, for example, those relating to food safety, have a direct impact on human health, markets, and the environment. Clearly, it matters which part of which technology is being discussed, and it concerns who is looking out for whose interests.

It explored this issue informally in December 2021 during a Stanford Digi China Project community session. From a company or industrial development standpoint, there are concerns that standards will provide Chinese firms with an advantage over incumbents or foreign competitors, just as US firms such as Qualcomm benefited when standards mandated the use of technology under their control. Concerns have been expressed that Chinese attempts may result in non-interoperable standards in some industries, increasing the cost of doing business. From the perspective of human rights and governance, there are fears that Chinese preferences could facilitate increased surveillance or censorship via network infrastructure or protocols. Meanwhile, contributions from skilled Chinese technical specialists can and do improve the effectiveness of standards.

While the coordinated efforts of Chinese firms in developing 5G standards loom big in debates about Chinese excessive influence on standards, this is far more an exception than the rule. China’s technological advantage over other countries in 5G, which provided major power for Huawei and ZTE in standard-setting discussions, is not the norm in most technologies. Additionally, the voluntary nature of international standard-setting processes means that governments or businesses can typically opt out of standards that cause them to worry; rarely is interoperability as non-negotiable as it is in telecommunications.

A recent survey conducted by the National Institute of Standards and Technology sought input from US businesses and industry associations on how concerned the US should be about Chinese engagement in standard creation. As stated by the Carnegie Endowment, just a small percentage of private-sector respondents voiced worry. Rather than being concerned about overwhelming Chinese influence, there was widespread agreement that the US government could do more to boost US engagement. Subsidies could be used to subsidise companies’ or industry associations’ participation in standards development processes – an expensive endeavour for which the Chinese government offers significant assistance.

China will almost certainly continue to pursue its own interests in international standards groups, and other countries should be prepared to oppose this. However, a constructive response must be grounded in an awareness of how standards systems work and how they can be distorted, not in a knee-jerk reaction to fears that China is suddenly pulling all the puppet strings. Numerous ways in which China may gain excessively from standards are consistent with long-standing worries about China’s international involvement, such as Chinese domestic regulatory systems that obstruct international enterprises’ market access. Others are merely by-products of broader trends, such as China’s growing expertise in scientific and technology research and development. A comprehensive view of technology competition must acknowledge and address the linked nature of these difficulties, rather than exaggerating the importance (or susceptibility to impact) of standards development procedures on their own.

The granular approach entails identifying areas of standard-setting and standard adoption that impact genuine national government objectives, while also acknowledging that some of those objectives may be in conflict. For instance, the optimal standards arrangement for certain national security objectives may not help US businesses and workers, or it may obstruct infrastructure investments. Identifying and resolving conflicting priorities through a democratic process and with the assistance of technical experts is a critical duty of government. The US government might provide additional such funding and bolster resource-constrained entities fighting for change in standards forums. Perhaps most importantly, this requires relinquishing broad narratives of the national struggle to dominate technology in favour of an acceptance of the different ramifications of unique systems in specific situations.