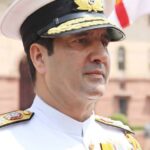 The World Maritime Day has great significance for India being a quintessentially maritime nation with a natural outflow towards the seas. India is heavily dependent on its maritime frontiers and sea-based resources and assets for its economic prosperity and maritime security.

This year’s theme of the World Maritime Day ‘Sustainable Shipping For A Sustainable Planet’ is of particular relevance to India. In recent years, under the leadership of our Hon’ble Prime Minister, Shri Narendra Modi, India has launched several pathbreaking initiatives towards developing the Blue Economy growth model for sustainable development of the nation.

One of the key transformational initiatives is the SAGARMALA project. This port-led development initiative is based on the four pillars of port modernisation, connectivity, port-led industrialisation and coastal community development. The project envisages development of marine pollution compliant transhipment hubs and greenfield port infrastructure to improve the connectivity of ports with the hinterland, through first and last-mile connectivity leveraging the multimodal road and rail network and inland waterways. Currently, nearly 94% of freight in India moves by road or rail. Development of inland waterways and increase in coastal shipping will enhance the transportation of freight over water, which is cheaper, safer and cleaner.

While about 95% of India’s external trade by volume and 77% by value, transits by sea, only 7% of this trade is carried in Indian hulls. India’s mercantile marine fleet which currently comprises approximately 1430 ships, therefore, needs to grow exponentially in the future. To achieve this, the Government would need to provide additional incentives for Indian flagged and Indian registered ships, to correct the imbalance between ‘Flag and Trade’.

The dedication and professionalism of approximately 2.4 lakh Indian seafarers who continued to perform their duties on the high seas to transport cargo, commodities, oil and essential supplies, during this challenging period have earned us global acclaim and deserves special recognition and a special salute of appreciation.

India’s shipbuilding industry has tremendous potential which must be realized so that India’s share of world’s shipbuilding presently less than 1% rapidly grows to 5% over the next decade. In recent years the Government has taken several measures to support indigenous shipbuilding, which include according to special infrastructure status and permitting 100% Foreign Direct Investment in shipbuilding. In keeping with this year’s World Maritime Day theme of ‘sustainable shipping for a sustainable planet’, we need to draw up a national shipbuilding plan to optimally exploit the potential of all our 27 shipyards. The Make in India model for Warship building, which is an excellent example of self-reliance and indigenisation, could be replicated for building India’s mercantile marine too. Such a plan should aim to revitalize shipyards to not only build ships but also repair and refit ships, rebuild the indigenous marine industry including ancillaries and reduce dependency on foreign liners for national EXIM and coastal cargo in line with the Atma Nirbhar Bharat vision of our Hon’ble Prime Minister. A national capability to indigenously design – in accordance with the Energy Efficiency Design Index, approved by the IMO, and propelled by environmentally friendly fuel – and build a wide spectrum of ships ranging from VLCCs, Tankers, Container Ships, Car and LNG carriers to coastal cargo ships, deep-sea fishing trawlers and auxiliary vessels, needs to be only nurtured and incentivized as it is within the capability of our designers and the capacity of our shipyards. To further promote India’s thriving fishing industry the Government promulgated the National Fisheries Policy 2020 which “would offer a strategized way forward to develop, harness, manage and regulate capture and culture fisheries in a responsible and sustainable manner. There is, however, a need for continued focused attention on the implementation of sustainable deep-sea fishing in accordance with the SDG goals and make all efforts so that other countries do not resort to Illegal fishing in the national EEZ and in the adjoining Areas Beyond National Jurisdiction.

India has over 1300 islands and islets as part of the Andaman and Nicobar Group in the Bay of Bengal and the Lakshadweep Islands in the Arabian sea and islands off the West and East coast. The Government has promulgated a comprehensive island development plan which takes into account aspects of security, economic sustenance, environment preservation and social and cultural sustenance. The implementation of the plan would lead to the development of greenfield infrastructure, with minimum carbon footprint, enhance maritime connectivity and promote commerce including controlled ecotourism and cruise tourism in the islands. The other maritime sectors in India which are likely to witness growth in the coming years include offshore oil and gas exploration, deep sea-bed mining, ocean-based sources of renewable energy and aquaculture.

Over the past few decades, humankind has been responsible for indiscriminate pollution of the oceans and contamination of the natural marine habitat, resulting in an adverse impact of climate change on the oceans. Oceans are the common heritage of mankind and we could consider extending the dynamic initiative of our honourable Prime Minister of Swach Bharat (clean India) to Swach Sagar, to ensure clean and healthy oceans for our future generations.

It can, therefore, be seen that while India has an ocean of opportunities for the development of our maritime assets and resources for economic growth, the challenge lies in ensuring that these are achieved with minimum impact on the environment and oceans and enables sustainable development in line with the tenets of the Blue Economy. As a first step marine spatial planning of India’s maritime zones is a must.

On the occasion of the World Maritime Day 2020, India can rededicate itself to the adoption of the tenets of the Blue Economy as an inclusive and participative model of sustainable development of our maritime assets and industry. Charting a comprehensive plan for the development of our maritime ecosystem in accordance with Sustainable Development Goals are pointers to indicate that India has once again turned towards the seas and is destined to emerge as a resurgent maritime nation in the 21st century.

In this endeavour, substantial coordination and integration are required at the highest level of government to make the process effective, efficient and economically viable. A National Maritime Policy together with a suitable Apex level organization to prepare and monitor the implementation of the policy is now an inescapable necessity

Admiral RK Dhowan, PVSM, AVSM, YSM (Retd) is the former Chief of the Naval Staff (Indian Navy). He is the former Chairman of National Maritime Foundation and is currently the Chairman Society for Aerospace Maritime and Defence Studies (SAMDes), New Delhi 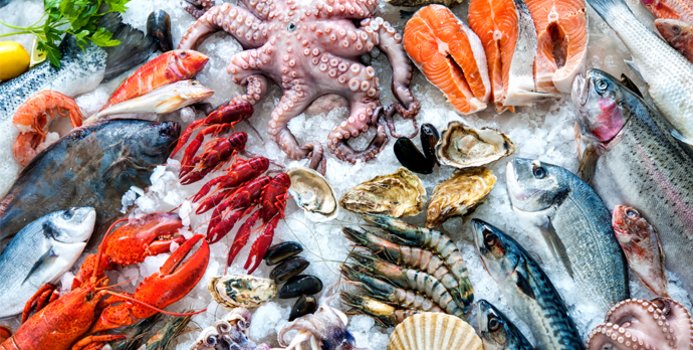