Alexey Navalny and the Russian Unrest 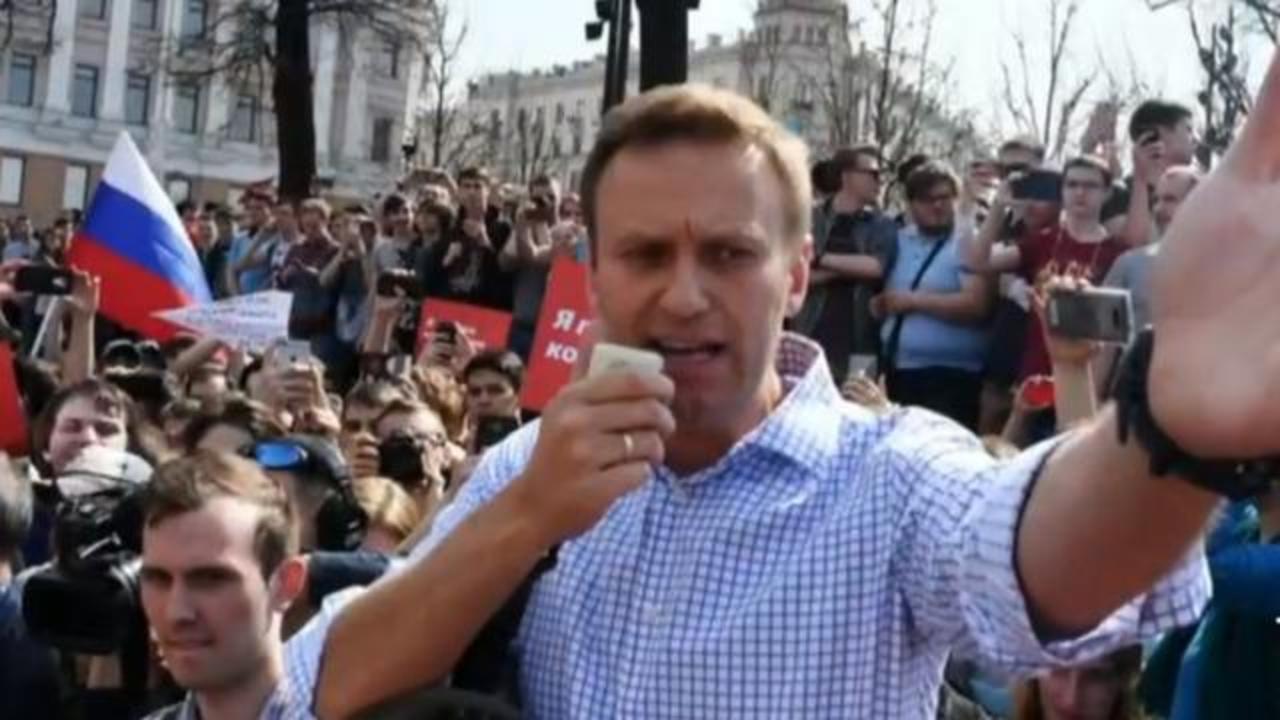 Alexey Navalny is a newly found Russian hero by the western media.

It all began on the 20th of August last year when anti-establishment critic Alexey Navalny, was poisoned on a flight from Moscow to the city of Tomsk in Siberia. He was immediately hospitalised and then subsequently flown to Germany for further treatment; where it later emerged that he was suffering from the effects of a nerve agent from the Novichok family.

At the same time, international pressure began to build on the Kremlin to explain the circumstances surrounding the attack on one of its most recognized opposition leaders. Moscow insisted that there was no evidence of any poisoning and has since then stuck to that line; even as multiple independent labs and organizations like the OPCW began to confirm the German government’s findings.

The use of a military-grade chemical agent — with a history of development in the Soviet Union — raised serious questions about the involvement of certain elements in the Russian state.  Almost immediately, comparisons started being made with the Skripal affair: when investigations conducted by the intelligence agency Bellingcat uncovered the role of officers of the Russian military intelligence (GRU) behind the poisoning attempt on Sergei Skripal and his daughter. Skripal, a Russian double agent for British intelligence, was also found to have been administered with a similar Novichok chemical in the city of Salisbury, U.K. in March 2018.

Meanwhile, shortly after getting discharged from his hospital Navalny claimed that an attempt on his life could only have been carried out by an order from the highest level of the Russian state  i.e. the office of the President.

His allegations were somewhat supported some weeks later by another Bellingcat project — carried out in collaboration with leading international news platforms — which implicated several members of the FSB (Russian domestic intelligence agency) in a comprehensive years-long surveillance operation focused on him as well as in carrying out the attempted assassination bid. While admitting to monitoring Navalny’s movements, Moscow justified the surveillance by accusing him of being in cahoots with Western intelligence agencies.

Mr. Navalny initially made a name for himself due to the innovative ways he employed to expose cases of graft among state-owned enterprises and the politicians that facilitated it. His Anti-corruption foundation (FBK) has carried out several investigations into the Russian political elite and its oligarchy; systematically exposing wealth and other assets earned through decades of corrupt practices.

Moreover, his incisive, meme-filled video investigations published on Youtube have managed to capture the imagination of a digitally savvy younger demographic. For instance, a recent video leaking new details behind President Putin’s alleged ‘palace’ on the Black Sea coast has generated around 113 million views since its launch. Timed to release alongside Navalny’s return to Moscow after months of recuperating in Germany, it prompted President Putin to swiftly counter with a video statement, refuting the claim; highlighting one of the few instances in Russian politics when online momentum behind a story forced such a reaction from the establishment.

That is because,  for most of the Russian electorate — which is one of the oldest in the world — state-controlled broadcast media continues to be the primary source of news. The effect of this generational divide is exacerbated even further when coupled with the remarkable efforts of Russian officials to frustrate Navalny’s attempts to obtain a foothold in national politics — whether by not allowing him to run for presidential elections or minimising coverage of his activities on state media. This has led him to struggle to resonate beyond the usual Russian opposition circles in the real world. Tellingly, public surveys conducted by the independent pollster the Levada-center, indicate that approval for Navalny’s actions after the assassination attempt only stood at around 20 percent amongst  Russians. This is especially important to consider in light of President Putin’s consistent personal popularity with a majority of the Russian electorate. Thus, while it’s true that Navalny’s actions have made several dents on the President’s image; these are still relatively small dents.

Nevertheless, the Kremlin’s decision to arrest Navalny on his arrival and the resulting backlash from the video targeting President Putin led to almost two weeks of mass protests that were unprecedented in their geographical scope. Crowds numbering in the thousands turned up on the streets in major cities like Moscow and St. Petersburg as well as in places in the far east of Russia  like Omsk, Vladivostok and Yakutsk; demonstrating against what they saw as politically motivated charges against an opposition figure in addition to expressing a litany of grievances against the government.

The authorities responded by initiating a heavy-handed crackdown on what they labelled as unauthorized protests and riots, detaining more than 10,000 people across the country while punishing and censoring posts on social media calling for people to turn up to the demonstrations. They were helped by new laws passed in December last year by the state Duma that significantly tightened state control on digital speech and closed existing loopholes used by protestors to bypass restrictions on public gathering.

The Russia foreign ministry on its part blamed the US for interfering in its internal affairs and even expelled several EU diplomats for attending the protests. Brushing aside the broad condemnation emanating from Western governments, it has instead started pushing conspiracies claiming that Navalny’s poisoning was staged by Western intelligence agencies to tarnish Moscow’s reputation. These tactics have the desired effect of muddying the waters for the Russian audience at home; many of whom are now unsure of what to make of the situation.

Alexey’s eventual conviction and sentencing have somewhat slowed the momentum behind the demonstrations. The mass detentions carried out by the authorities had raised the costs sufficiently enough to make it difficult to sustain public rallies of that scale; a tactic that has been used successfully in the past on earlier demonstrations held in 2011-12 and 2019. His associates have instead urged his supporters to follow the lead of their social media campaigns and stick to ‘courtyard demonstrations’ to avoid direct confrontation with the police.

Mr Navalny and his organisation have always tried to project him as a credible alternative to the personality-based regime of President Putin. But with him now staring at the prospect of spending almost two and a half years in prison, his access to the digital platform, that has helped him publicise his exposés and amass a significant online following, will be cut off. It is still unclear whether leaving behind a dedicated organisation like the FBK or the potential passing of the baton to his wife, Yulia Navalny will compensate for his personal absence in leading the charge against the current administration. What’s clear is that for at least a few years, President Putin will have an easier time carrying out his agenda in office. An agenda that will — considering the recent constitutional changes — surely determine the future course that Russia will take.

Article Courtesy Note: The article was originally published on https://thekootneeti.in/2021/03/09/russian-unrest-in-the-face-of-alexey-navalnys-poisoning/ by Sameer Samuel.