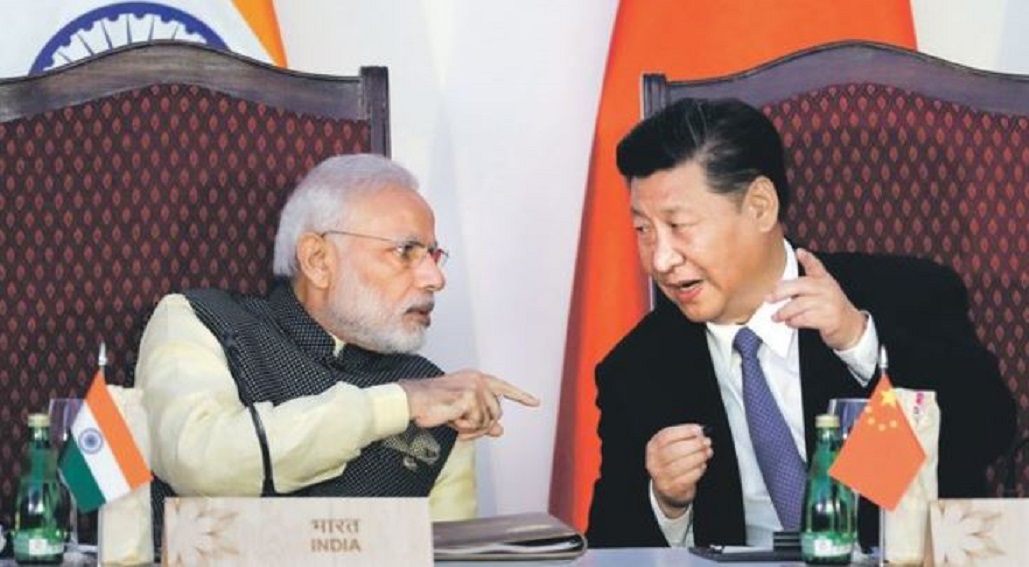 Domestic Challenges while framing China strategy needs more attention in the years to come. The violent clash in the Galwan Valley in the Ladakh region on June 15 has been a watershed moment in India and China relations.1 The virulence of the attack that resulted in the death of 20 Indian soldiers (and an unknown number on the Chinese side) came as much a shock and surprise to many Indians as emphatically a clarion call for preparation to deal with the mounting national security challenge for the Indian state. With no conceivable solution in sight, the ongoing border crisis has signalled a need to ensure India’s strategic preparedness for a protracted battle. It seems to have further fostered an emergent transformative shift in India’s China policy that now shows an upscaling of India’s willingness to confront Beijing.2, suggesting a more confrontational course in India China relations.3

However, as India prepares to get locked in an enduring confrontation, which seems increasingly inevitable, New Delhi also faces a strategic dilemma. Facing the ongoing challenge from China, the government has had to negotiate a host of policy choices and dilemmas. An increasingly confrontational relationship with China merits a major reckoning of India’s relationship with the United States as many in India’s strategic community call for New Delhi’s alignment with Washington.4 At the same time, however, India has ramped up efforts to rally support from other major powers, including Russia, Israel, Australia, Japan, and France.

While these countries have expressed their support to India, how far they would go to provide support beyond the rhetoric to the extent of intervention and substantial military and financial assistance in the event of a significant conflict, still remains unclear. Further, greater external support is likely to come with strings attached – perhaps in the form of compromises from the Indian side. However, as an aspiring superpower that has prioritized exercising “strategic autonomy”, any compromise to the extent of damaging New Delhi’s flexibility in its partners is a difficult choice for the country. India’s increasing alignment with the United States has already caused some friction in India-Russia relations, as evidenced in Moscow’s public criticism of India’s involvement in the U.S.-led Indo-Pacific strategy earlier this month, throwing up a new challenge for New Delhi to deal with.5

In this context, it is fair to say that regardless of the extent to which India can convert international support against China, eventually, New Delhi has to fight its own battle. This is evident as, despite New Delhi enjoying international support and signalling its profound resilience to confront Beijing, the latter remain little affected. Further, fact that New Delhi’s show of resolve in the 2017 Doklam Crisis does not appear to have any deterring effect on Beijing arguably supports this point. This strategic predicament thus points out that dealing with the China challenge requires India to establish absolute parity in terms of overall strength and power, if not superiority with Beijing.

Therefore, conventional wisdom suggests the need for a long-term strategy, a grand strategy that is supposed to marshal, coordinate, and direct all potential resources towards achieving a policy goal.5 Thus, containing China becoming a significant fulcrum of India’s foreign policy, India will need to leverage the full scope of political, economic, strategic, and soft and hard power resources. This means taking a granular view of the situation and more significant attention to domestic issues while simultaneously strengthening possibilities at the domestic level. In this regard, beyond the centrality of a strong economy, addressing the rising societal polarization and fragmentation of social cohesion, strengthening of public diplomacy and information warfare apparatus, putting in place a national security doctrine are some of the issues and areas that also should get sufficient political attention and policy priority.

While growing nationalism may generally help build consensus and support on foreign policy in the domestic arena, continued fragmentation and rising societal polarization6 in India’s domestic sphere a cause for concern. A deeply divided society cannot act as a bulwark against major foreign aggression, for indeed, “a house divided against itself cannot stand.” Domestic challenges can also embolden adversaries. The timing of the Chinese aggression in Ladakh as India was grappling with several domestic challenges,7 including COVID-19, an unprecedented economic downturn, straining ties with South Asian neighbours, and as American preoccupation with the election is a case in point. Further, if the social cohesion crumbles and leads to internal crises, conflicts, and discontents, which can get in the way of New Delhi’s exercise of any decisive policy actions on the foreign policy front, directly jeopardizing a long-term strategy.

Further, India must bolster its media influence, public diplomacy and information warfare. It is high time the Indian army had an Information warfare wing to neutralize disinformation and fake propaganda, particularly considering the mounting information warfare challenges from Pakistan8 and China.9 Further, despite its immense potential to go global, the quality and journalistic standards of the Indian media have been called into10 question when surveys11 recently revealed their role in the propagation of fake news and misinformation. As this comes to challenge the credibility of the Indian media, regaining the same is critical for India’s public diplomacy. Media credibility is an essential element for effective soft power promotion and public diplomacy engagements. To this end, the government must strengthen12 the existing laws dealing with fake news and disinformation in the country and take proactive policy measures to combat the menace to leverage the tool of media for credible public diplomacy and information warfare. Finally, New Delhi also needs a National Security Doctrine that clearly articulates its aspirations and lends further clarity to India’s goals and strategies incommensurate with its capabilities.

Overall, India needs to address domestic challenges before it can exercise a comprehensive grand strategy. Any concerted efforts and direction must ultimately and importantly start with paying greater attention to internal issues and foreign policy nexus to the extent of crafting a seamless convergence of strategic logic between the two spheres.