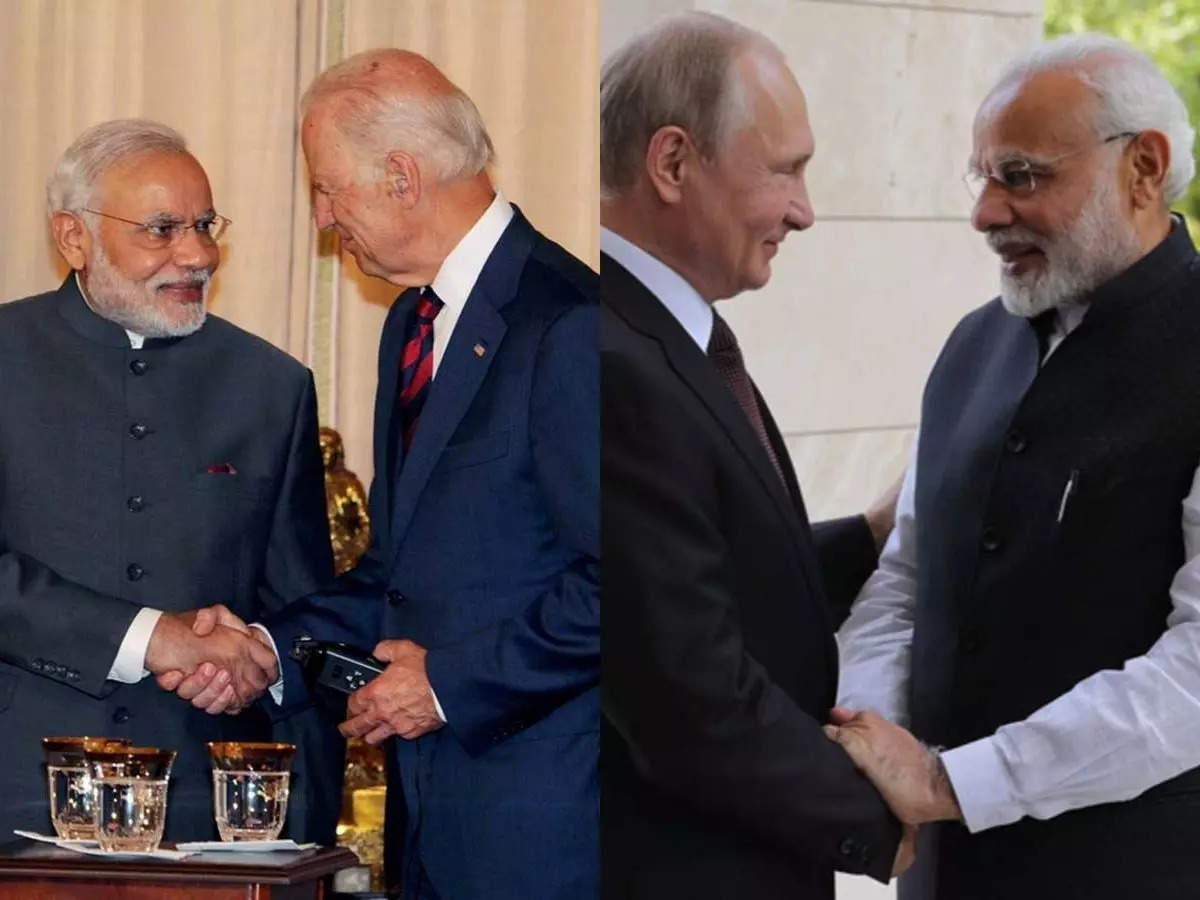 India’s strategic autonomy would be beneficial to the US as well as to the democratic west.

Quadrilateral Security Dialogue (QUAD), from its name itself, gets the impression, notwithstanding what many refuse to acknowledge, that it’s a security alliance of four like-minded countries having common concern or threat from their security point of view. QUAD comprises two Asian countries such as Japan and India on which China has imposed territorial disputes and linger the same for decades. Here, it is to be noted that now China is the largest economy in the world in Purchasing Power Parity (PPP) terms and second-largest in US dollar terms, and the biggest military power in conventional terms matching with them so far –since the end of Cold War- only superpower, the US. Apart from Japan and India, Australia, and the US are the other two members of QUAD. In fact, later two don’t have any border dispute with China, the kinds Japan and India face, which have been aggravated nowadays after authoritarian China has empowered itself with new economic and military prowess.

Chinese new economic and military prowess have been possible due to the visionless greedy hug of China by 20th century world economic powerhouses including the US, Japan, and EU. They had their hidden agenda to weaken then communist-ruled military superpower, the Union of Soviet Socialist Republic (USSR) or shortly called the Soviet Union creating division among two communist-ruled giants.

After the ascendancy of Scott Morrison as PM of Australia in 2018, the country has become highly aggressive in opposing Chinese hegemony in the region. The dreaded pandemic Covid19 originated in China, and as now it has been very clear that the latter literally allowed the virus to spread worldwide, has facilitated further Australia’s aggressive opposition towards China at a great cost to Canberra’s favourable trade. In 2020, Australia rejoined QUAD joint military exercise, she left in 2008 after the then head of government Chinese speaking Kevin Rudd became PM saying ‘Oceania cannot afford a Cold War situation’, annually held among member countries in the Indo-Pacific region for military operability for future exigency. And the democratic US now found communist China is a competitor to her worldwide economic and military hegemony upsetting the former’s assumption that her embrace of later through facilitating the membership in World Trade Organization (WTO) in the early 21st century would incrementally democratize the communist country.

Here, the mention of so far India is not part of the US lead military alliance like QUAD other members Japan and Australia are is unavoidable. India has so far retained strategic distance from the US military alliance despite several inducing overtures on one hand and the persisting threats from China on the other since India’s independence.

So far, and since Joe Biden has been housed in The White House, QUAD has held two summit meetings including one virtual, all at the new US President’s initiatives in the first year of his heading the super power’s administration. Apart from the above, President Biden has endorsed his predecessor Donald Trump’s aggressive Indo-Pacific policies. During the latter’s regime, his Secretary of State Mike Pompeo had tried his level best to make QUAD a highly militarized strategic and diplomatic alliance vis-à-vis China but in vain as India had not cooperated beyond participating in a joint military exercise. In the latest in-person summit meeting in The White House, the QUAD restricted its cooperative activities over mainly four issues. They are freedom of navigation in Indo-Pacific based on the established rule of laws, efforts to reduce global warming, vaccine distribution to tame ravening pandemic, and cyber security. And here to note there is nothing so explicitly in the QUAD that India is to join the US lead strategic military alliance Japan and Australia already have.

In the meanwhile, despite the lurking threat of Countering America’s Adversaries Through Sanctions Act (CAATSA), India went ahead procuring S-400 missile defence system from Russia. And Russia has readily supplied the same prioritizing India over China -the other buyers- during the time when two Asian giants are face-to-face on the not-demarcated border between them with full war-gears. They have already fought a bloody skirmish without fire during the early phase of ongoing face-to-face imposed on the Indian Army by the aggressive People’s Liberation Army (PLA) on the deserted hills of western Himalayas.

Here, this author likes to quote the suggestion of influential US think tank Stimson Center over CAATSA two weeks ahead of Russian President Vladimir Putin’s India trip to attend the annual summit on 6 December 2021. “CAATSA sanctions will trigger significant Indian political blowback, setting relations back a decade,” suggested Stimson Center in its report titled “Toward a Mature Defense Partnership”. “The United States should either issue India an enduring waiver or apply very light, symbolic sanctions once, with sufficient forewarning and dialogue with Indian leadership to mitigate political repercussions.” This author is not discussing the content of Stimson Center’s “Toward a Mature Defense Partnership”. Just picking up the word ‘Mature’ from the title and opined that in view of the unprecedented aggression that China exhibits under Xi Jinping, who is most probably going to be the paramount leader of China, the second to dictator Mao Zedong, over East and South China Seas, and with all her neighbours, Russia joining hand with China would be the biggest problem for all military or other alliances including the QUAD. Therefore, allowing India to have an alliance or close diplomatic relation with Russia while retaining membership in the QUAD despite CAATSA is a ‘Mature’ decision. The author strongly believes this is for what Stimson Center has chosen ‘Mature’ to be part of its suggestion’s title to Biden Administration.

Recently, India remained absent along with other two non-permanent members in UNSC over votes for debate on Ukraine, which though gave a morale booster to Russia in her diplomatic fight against the US, should be considered supportive to the efforts of the US lead alliance to contain China. This way the possibility that Russia’s feeling of it is not alone in larger international politics is demonstrated. Once Russia’s current leadership feels it is alone in the larger world politics it won’t hesitate to join the China bandwagon, which China desperately looking for, though both have long border disputes and no mature Russian leaders can ever ignore the threat from China over their country’s territorial integrity. Already both the military giants (USSR, Russia’s predecessor, and China) fought a bloody war over the issue in 1969. The war though short was so furious that then China’s paramount ruler Mao Zedong was apprehensive of USSR’s nuclear weapon use and had approached the US for help. Apart from the above, Russia needs a huge market for her natural resources, the major source of her foreign exchange reserve. And India is the big and growing market to substitute China for Russia’s plenty of untapped oil and gas. In the recent past, India initiated the Central Asia Region (CAR) countries summit between Indian PM and CAR head of governments, which Russia welcomed, has something to do with Russia-India collaboration which may stand as a roadblock between China and Russia getting together. Apart from the above, if India succeeds in building a transit route via Iran’s Chabahar port for CAR and Russian natural resources, then it will lead to a win-win situation for all who see growing China as a major threat to them. India’s strategic autonomy, therefore, must be seen as an attempt to isolate China, which will be beneficial to the superpower US and the democratic and developed West retaining their competitive edge over their new economic and military rival i.e. the prowling communist-ruled Asian giant.