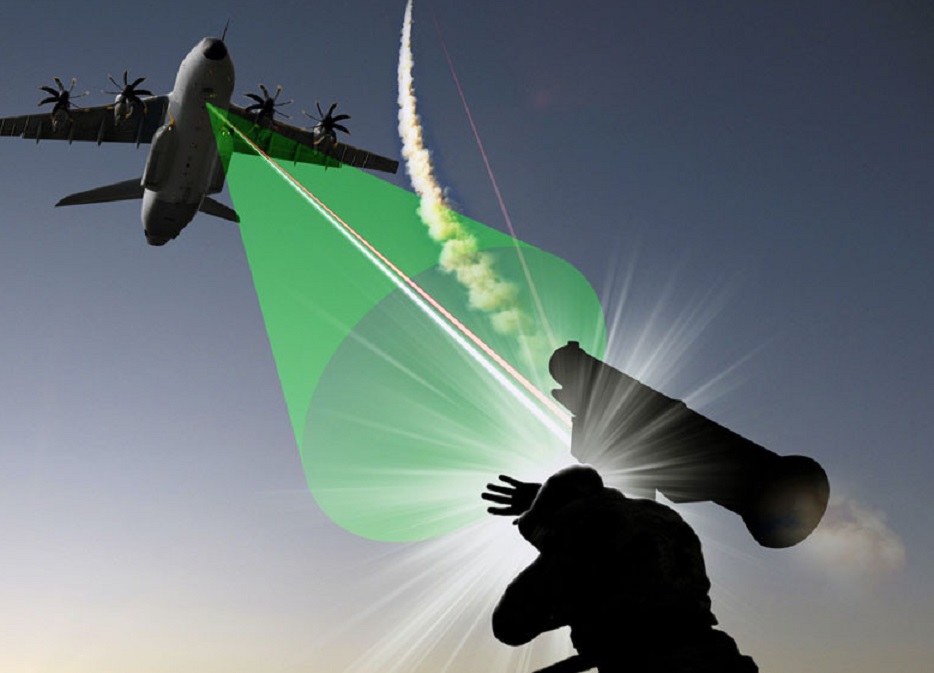 Laser dazzlers have wide-ranging applications and will soon become a sought after tool for defence, security and law enforcement agencies.

Recently, Bharat Electronics Limited (BEL) has signed a contract with the Indian Navy towards the supply of 20 laser dazzlers, a non-lethal weapon for warning and stopping suspicious vehicles, vessels, UAV and even aircraft. DRDO has developed this technology and their expertise can be used for domestic manufactures and academia for the design and development of a whole range of dazzler products. We will explore a few applications which can directly aid the defence and security agencies.

First reported use of laser dazzlers was from Royal Navy warships by the British during Falkland’s war of 1982. Russians have also used laser dazzlers against Canadian aerial platforms in the straits of Juan de Fuca in April 1997.

The monochromatic characteristics of laser (light amplification by stimulated emission of radiation) give a narrow directive intense beams of non-lethal nature from the laser gun, which could be used against the suspects/ enemy for varied purposes.

Besides military-specific applications, dazzlers are also used by law enforcement agencies to control the riot, mob, to carry out counter-insurgency operations and to protect critical assets in the industry.

Laser dazzlers are capable of blinding the personnel by glare from laser beams. Even optical sensors/ receivers of UAV and aircraft can be incapacitated. The rays could disorient, confuse or even blind a person temporarily. Most devices are configured with Nd-YAG (neodymium-doped yttrium aluminium garnet) modules operating at wavelength 532 nanometer and are designed to produce power density in the range of 0.2 – 0.6 milliWatts/sq cm at the target plane.

There is a huge opportunity for the domestic industry in the coming decade for designing and developing dazzlers for varied applications in the defence and security sector. Few applications are given below.

Laser-guided Precision Guided Munitions (PGM) are smart weapons/ smart munitions, laser-guided, intended to hit precisely a specific target, to minimize collateral damage and increase lethality against intended targets. Laser dazzlers can be used to misguide these approaching weapons away from the high-value targets. The long-range laser dazzler systems mounted on Gimbal platforms are equipped with the electro-optic tracker integrated to a network of radars would provide 24×7 protection to strategic assets from airspace violation by aerial platforms. Majority of aircraft launched weapon systems are now being guided with laser technology. The critical ground assets are very vulnerable to airborne attacks aided with laser-guided weapons. By installing dazzlers around such critical installation would certainly protect the high-value asset from laser-guided weapons reaching them. The system acts as an Electronic Counter Measure against approaching laser-guided munitions.

The Self Protection System (SPS) is one of the most critical systems on board military aircraft, which will protect aircraft from the approaching laser-guided weapons including shoulder-launched infrared-guided missiles. Laser dazzlers designed for this specific purpose can misguide the approaching missiles/ rockets launched from the ground and protect the aircraft from disaster by blanking the receiver of approaching anti-aircraft missile system.

As a Gun mount for Illuminating and Designating Targets

Subject technology can also be used for illuminating the target being tracked prior to firing. The axis of the dazzler mounted laser gun to be designed parallel with the axis of the muzzle of the gun barrel. This gives much-required accuracy for soldiers in combat. This can be used as a non-lethal way to check the enemy soldiers and targets by pointing at them.

Underwater water communication is always a big challenge for Indian naval submarine arm. Sound does have limitations since the water as a medium has varied density across the globe. The blue-green laser is a potential candidate for high bandwidth underwater wireless communication because of its high data transfer rate, reasonably large range, small size, low power consumption, immunity to interference and jamming and covertness of transmission. 450 nm wavelength.  InGaN laser diode laser is an ideal solution for underwater communication. It is possible to reach data rates up to 9 Gbit/secs speed underwater.

Search and Rescue (SAR) at Sea

The wide expanse of sea and ocean currents pose a greater challenge for the Navy while undertaking the search and rescue missions. Spotting the distress/debris at sea is the first step in the SAR  at sea. Long-range laser dazzlers integrated with a 360° gimbal base and an electro-optic tracker can be mounted on rescue ships and deck choppers to speed up the process of rescue at sea.

As a target designator, dazzlers are very effective in guiding airborne and ground-based weapons to target. The homing system encapsulated inside the nose cone of the weapon can guide the munition to the designated target. Dazzler system laser signal frequency can be designed in accordance with that of the laser munition.

Dazzlers can be used as an aid for law enforcement agencies to confuse the rioting mob at gunpoint without harming them. Laser dazzler systems with day/night time operational ranges of the order of 250 – 500 meters can be used for this purpose. The system has immense potential in our country and would provide much-needed support in anti-terrorist operations. A  vehicle mount system has already been developed by DRDO in the year 2019.

Bird activities remain as a major hurdle for fighter operations across the subcontinent. A bird hit could write off an aircraft from the inventory and could become detrimental for the Airforce in forwarding areas while operations. Dazzlers can scare and keep birds away from the aircraft flying zones and make it safe for fighters and other military aircraft to land and take-off incident-free. An array of lasers can create a light fence to restrict bird activity along with glide slopes of airfields.

Russians have developed aircraft mount dazzlers (high energy dazzler) to track and kill enemy low flying satellites. Russia has an existing laser weapons program, specifically targeting satellites, and that program builds off similar Soviet-era efforts such as the Beriev-A-60 gas laser and Kontakt 30P6 programs, which could be used to disrupt satellites or bring them down. Russian defence manufacturer M/s Almaz-Antey has completed this anti-satellite complex project with laser, radar, and ground elements and has proved this system from a new airborne platform.

Satellite-based membrane reflector balloon is currently in the developmental stage. These are laser dazzlers with global coverage. The system has a remote-controlled satellite mounted with membrane reflector for receiving the dazzling laser beam from the source station placed at the earth and could illuminate target location and expose them to laser-guided munitions.

A variety of laser dazzler gadgets are likely to enter the market in the coming decades. A modular approach could be used for designing and developing dazzler guns to facilitate plugin across various platforms. Handheld and weapon-mounted laser dazzlers could have a worldwide market and can be manufactured and exported in the coming years. Since DRDO has done remarkable progress in this area, our academia, industry and startups can collaborate with DRDO for further research, ideation and enhancement.