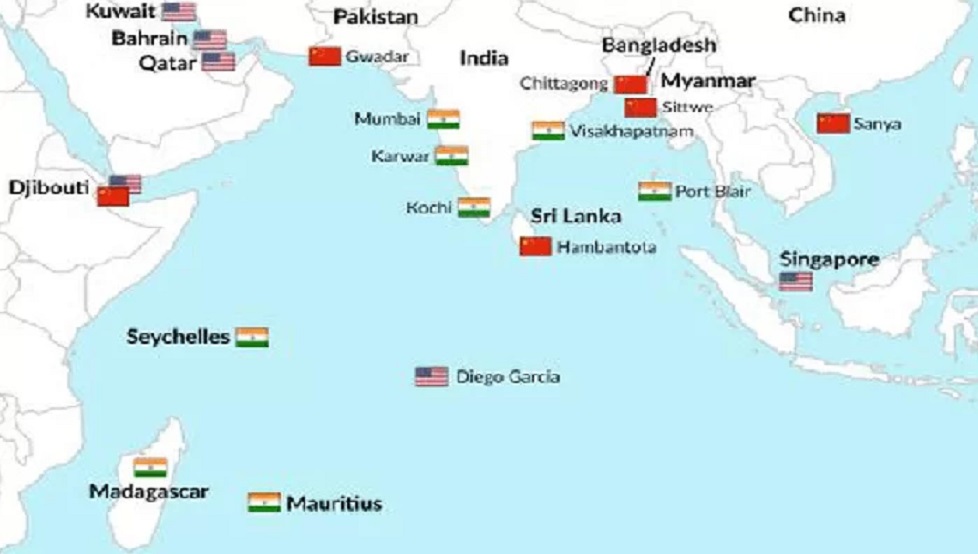 Overseas military bases can strategically aid a nation during peacetime as well as during a war. China has mastered the art of establishing such bases around the world.

The use of foreign military bases and attempts by states to obtain access to other vital locations beyond their borders have formed an integral part of their national interests. In today’s world, overseas military sites are increasingly being used as staging points for non-combat and combat activities. A military base is a facility established or operated by the military or one of its branches that shelters military equipment and personnel and facilitates training and operations to pursue a country’s national security objectives. More than 1,000 military bases and installations exist worldwide; most of these are operated by the United States, which has a military presence in over several dozen countries. [1]

The military outposts in foreign nations are governed by agreements signed between the host nation and the base nation. The agreements are contractual in nature and, therefore, time-bound.  Under the current international legislation, the use of force is strictly limited. As a result, foreign military sites are increasingly being used for peaceful purposes. Establishing military bases abroad allows a government to project soft power, for example, by conducting expeditionary warfare and thereby influencing critical events in other countries. They can be utilised as staging locations or logistical, communications, and intelligence assistance, depending on their size and infrastructure.

Strategic interests back the use of foreign military bases by nations. Historically, great powers constructed foreign military bases for essentially imperial purposes—to acquire additional territory, colonize new lands, control distant resources for the material benefit of the state, enable future conquest, and out-compete other empires. [2]  Today, such conquests by great powers have declined, partly because of the ascendancy of post–World War II norms of territorial integrity and self-determination. [3]

As India’s economy and global influence rise, there is a growing clamour for India to take on greater international obligations for the sake of worldwide prosperity and peace. The logic of India’s quest for foreign military bases is very similar to that of other nations. The security concerns are no longer limited to its borders, and it requires a forward military presence in the Indo-Pacific to protect its diverse interests. In recent years, India has sought to further develop its military access to Indo-pacific and Central Asia to secure its economic and national interests. India cannot afford to leave the Indian Ocean and other strategic arenas open to piracy. It should actively pursue diplomatic alliances, provide aid and assistance to the various players in the region, gain strategic ground, and use the relationship when the need arises. [4]

To thwart such threats, India is ramping up its assets and infrastructure. Some of the key Indian military installations are:

Overseas military bases are a part of today’s foreign policy debates. As the circumstances of international politics have changed in the post–Cold War years, and as innovations in technology have both shortened travel times and made in-place forces more vulnerable, the strategic and operational utility of overseas bases receive scrutiny. [5]

Some of the challenges in maintaining permanent peacetime military presence abroad are:

Overseas military bases are no longer associated with hegemony or aggressiveness in today’s world. They are viewed from the perspective of assuring peace and global security. Great power logic, among other variables, always factors in the building of overseas outposts. Overseas outposts are meant to deter conflict and handle far-flung issues through deterrence and reassurance. Still, quite recently, they are receiving criticism and scrutiny because of the out-of-date foreign policy goals and traditional military power model. The military base building must involve shaping an international environment that reckons crucial issues concerning the reasons behind the base establishment.