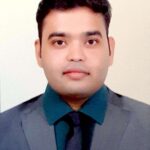 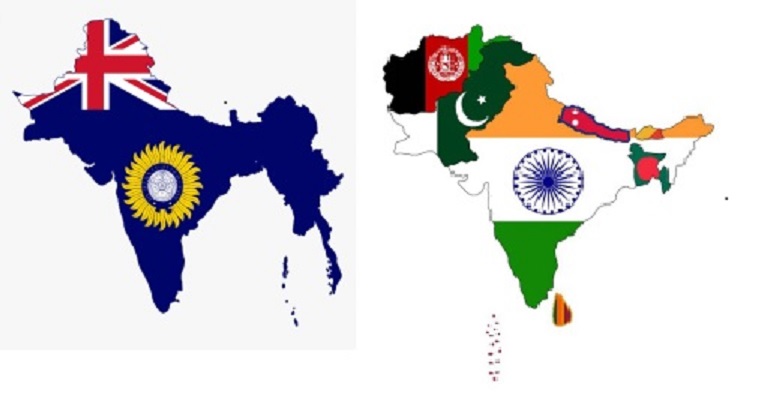 Under the regime of international law, exercising treaty-making power is one of the vital features of any sovereign state and any nation or state is only bound by the treaties it has been signatory till the time the basic nature of the sovereignty of that state remains the same as of when it signed the treaty. Because it is a well-established principle of customary international law “rebus sic stantibus” i.e. the treaties terminate upon vital changes in circumstances. In fact, the law of state succession under the principles of international law provides for the termination of treaties after a change of state identity. The events that may change the identity of a state are as follows:

The International Law Scholars such as Grotius, Pufendorf and others seeks to investigate the under the state succession the consequence of the change of sovereignty. They also said that the term also connotes that the state which extends its sovereignty over a specific territory becomes invested with all the juridical consequences of its predecessor’s act as a matter of law and fact[2]. Most of the scholars and jurists agree that when an international person extinct then some of its rights and obligations are succeeded by other international persons who take place. There are controversy and uncertainty as to which rights and duties devolve on the successor[3].

State succession are of two types:

This kind of succession occurs when one state is completely absorbed in another state either through subjugation or voluntary merger. Also, if a state breaks into several parts and each part there on gains an international person or annexed by surrounding international persons.

This kind of succession occurs when either of three situations take place:

Prof. DPO Connell classifies theories of state succession into diverse categories, but for limitation of the scope to the relevancy of the topic, we shall delve into two most important ones, viz.

This theory was in vogue till the middle of the nineteenth century. A change of rules effected by the cession of territory, revolution or by death cannot involve the replacement of one right or duty by another but only a replacement of their subjects. As per the basic tenets of this theory, succession takes place by virtue of legal principle antecedent to the enacted law of any society and therefore, antecedent to the positive law of the nations[4]. Change of the sovereign involves no more than a change in the fictitious character of the political organization, the real element surviving intact. Obligations of political character such as treaties and conventions are attached to the element of sovereignty and continue. In other words, DPO Connell means “a successor State takes over all rights and duties of its predecessor if it substitutes itself factually in the property of its predecessor it must also substitute itself in the encumbrances upon that property”.

The state succession bringing a change of government does not affect the legal personality of the state[5]. The new government shall succeed to the rights and obligations of the predecessor government[6]. This principle is based on the common interests of the international community. The significance of international agreements would suffer a setback if treaty obligations are disregarded as a consequence of state succession and change of government[7].

In a similar vein, reference can be made to the Tinoco Arbitration: Great Britain-Costa Rica, 1923[8]. The arbitrators, in this case, made observations on the principle of continuity of state has important implications. The State is bound by engagements entered into by governments that have ceased to exist, the restored government is liable for the acts of the usurper. The origin and organization of state and government is the question of internal deliberations. Foreign powers dealing with the existing de facto government when sufficiently established to give reasonable assurance of its permanence and acquiescence of those who constitute State in its ability to maintain itself and discharge its internal duties and external obligations.

The “clean slate” (or tabula rasa) doctrine, under which the new State “does not succeed to the treaties to which the predecessor State was a party”[9]. This theory appears to have emerged in the 19th century based on the understanding that the transformation of a State creates a legal gap separating the sovereignty of the successor from the predecessor[10]. Interestingly, Sir Thomas Baty supported the clean slate doctrine by asserting that “were it otherwise, Italy, as the heir of the Roman Empire, would have a good title to the continent of Europe[11]. The principle of tabula rasa was adopted by International Law Commission (ILC) for bilateral and multilateral treaties to protect the right of self-determination of newly independent states i.e. right to consent to the continuation of treaty-obligation which were signed by predecessor states from which new states have born. Under this provision, the principle of tabula rasa applies to the Newly Independent States which are therefore not automatically bound by the treaties entered into by the predecessor (colonial) state. The new state thus ‘begins its international life free of any general obligation to take over the treaties of its predecessor’[12].

Therefore, to summarize, different ways a state can be seen to be fundamentally different in sovereign capacity with regards to a treaty obligation it has signed can be assessed from the manner Patrick Dumberry, a leading scholar in the domain of state succession, has classified. He has distinguished six different types of state succession:

The issue of state succession to treaties is mainly dealt by the Vienna Convention on Succession of States in respect of Treaties (VCSST), 1978 which finally entered into force on November 6, 1996. This is the main framework of an international legal regime with regards to different situations in which new states are obliged to or withdraw from the treaty obligations. An interesting point to note is that VCSST incorporates both doctrines of state succession i.e. Principle of Tabula Rasa (Clean Slate) as well as Principle of Continuity with regards to treaty obligations. The significant provisions of VCSST for the purview of this article are:

The definition of “newly independent states” is mentioned under Article 2 of VCSST: “a successor State the territory of which immediately before the date of the succession of States was a dependent territory for the international relations of which the predecessor State was responsible”. Moreover, Article 2 of VCSST clearly mentions that term “treaty” includes both bilateral and multilateral treaties.

The most significant provision with regards to treaty obligation for newly independent states and that incorporates the doctrine of tabula rasa, is laid down in Article 16 of VCSST, it reads as “A newly independent State is not bound to maintain in force, or to become a party to, any treaty by reason only of the fact that at the date of the succession of States the treaty was in force in respect of the territory to which the succession of States relates”.  In the specific case of bilateral treaties relating to these newly independent States, Article 24 VCSS states that the treaty will be considered as being in force between the succeeding State and the other party when: (a) the parties expressly agree to do so; or (b) by reason of their conduct, they are considered as having so agreed.

Article 34 of VCSST provides for the application of the principle of automatic continuity whereby the successor state is ipso facto bound by the bilateral treaties entered into by the predecessor state. Article 34(1) of VCSST lays down as follows:

“When a part or parts of the territory of a State separate to form one or more States, whether or not the predecessor State continues to exist:

However, under Article 34 (2) of VCSST, this rule does not apply if: (a) the States concerned agree otherwise; or (b) if it appears that the application of the treaty by the successor State would be incompatible with the object and purpose of the treaty or would radically change its conditions.

Therefore, in conclusion, it can be understood that there are various ways in which a state can come into existence due to political, economic or military exigencies. The guiding principles to deal with state succession to treaties is dealt mainly by Vienna Convention on State Succession to Treaties and Draft Articles of International Law Commission. The treaty obligations of the successor states are a matter of controversy as the legal scholars find it hard to justify why the doctrine of tabula rasa would be applicable only on the newly independent state (mostly nations born after de-colonization) and not for seceded or dissolved states since even they are new in their existence as well. Hence, the debate is a persisting one and can’t be dealt here due to word limit provided for the article.

Pritanshu Shrivastava, a graduate from National Law University, Gujarat, has been awarded two gold medals for academic excellence by the University, presented by Hon’ble Prime Minister Modi. He has been enrolled as an Advocate with Bar Council of India and is also under process of requalifying as Solicitor in UK and Australia. He has been at the realm of corporate laws and international arbitration in India, Malaysia, Singapore, UAE and other countries. His interest mainly lies in the field of the international trade laws, WTO law and policies, public international law, international dispute resolution, geopolitics, international relations and Indian Foreign Policy.