Role of Japan in the Indo-Pacific 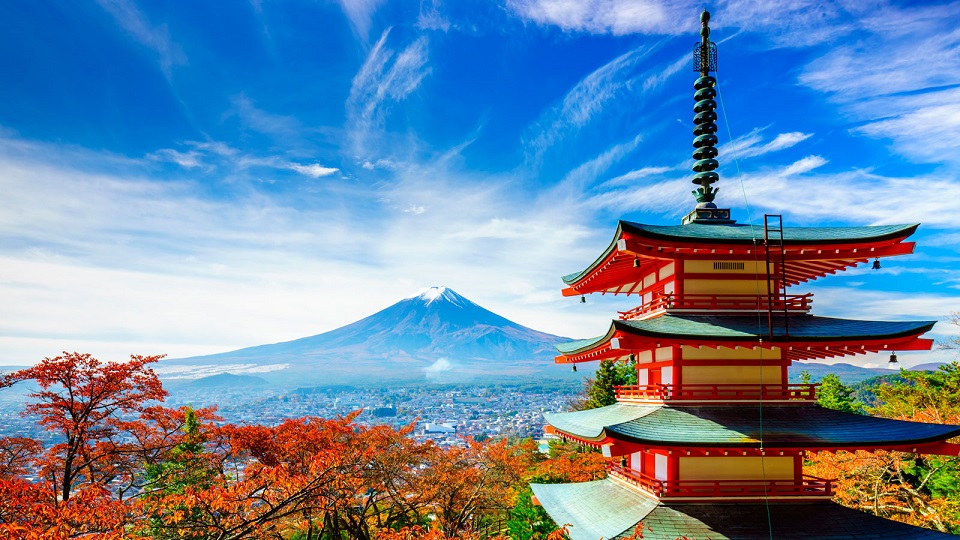 Role of Japan is very critical in the indo-pacific region with respect to the location and the economic might.

With the dawn of the 21st century, The Indo-pacific region has gained utmost priority and importance for nations aiming for a greater role in global geopolitics and geoeconomics. This rise of China has challenged the existing world order as it rose as an indisputable economic powerhouse in the region and beyond. The times when countries could engage with china economically under the security blanket of the US are over and now with US-China rivalry growing into a ‘cold war’ like situation, these very nations have to make a choice. Unilateral actions by major powers mark the collapse of an international order based on the rule of law which makes way for a more anarchic world. This in turn brings more responsibility on middle power nations in the region like Japan to act in cohesion for the common interest. Japan being a major economic power has to play its role in maintaining stability in the region of its influence, i.e.; the Indian Ocean and the Pacific Ocean region or the Indo-Pacific region.

Former Japanese Prime Minister Shinzo Abe first mentioned the “Free and Open Indo-Pacific” (FOIP) strategy in August 2016 during a keynote address to the Tokyo International Conference on African Development (TICAD) in Nairobi, Kenya. FOIP is a diplomatic initiative that seeks to develop the region as an “international public good” in which a sustained Japanese involvement is central to maintaining the rules-based international “order in a comprehensive, inclusive, and transparent manner that ensures stability and prosperity for the region as a whole.”

Shinzo Abe expressed the importance of the dynamism that is played by combining the “two continents” and the “two oceans” in developing a free and open Indo-Pacific. Japan in its Indo-pacific strategy has three crucial components-

The idea for a FOIP can be found in the “Arc of Freedom and Prosperity,” speech during the first Abe administration in 2006–07, when he expressed his willingness to form a grouping of democracies like Japan, India, US, Vietnam and Philippines. By Cooperating with the United States and other countries, Japan is hoping to counter the attempt by revisionist countries to challenge the existing international order and economic system. Foreign Minister of Japan, Taro Aso, identified an “arc” of countries that Japan had assisted in their economic and political development, from Central Asia and the Caucasus to Southeast Asian, and offered to help “these countries find their freedom and democracy, market economies, the rule of law, and respect for human rights expanding bit by bit, growing in the same way that a mere reef over time becomes an island, and later even a mountain range.”

Role of Japan as a Capacity Builder

Japan, since its reinvention after the second world war, has been an active player in the world affairs either through its economic engagement or through its aid (337 billion US Dollars) to developing countries. Japan has been a consistent donor of assistance to developing countries, whether in terms of providing easy return loans, capacity building or manpower training. By this, Japan has maintained a considerable presence in various parts of the world especially Asia and Africa, in congruence with its Indo-Pacific strategy.

To counter the Chinese belt and road initiative, japan already has its own set of infrastructural programmes in various parts of Asia and Africa. Japan has invested in India by providing special loans for rapid transit facilities like the Delhi Metro project and the Ahmedabad-Mumbai Bullet train and the integrated development of entrance port at Mombasa in Kenya. Presently Japan through its national banks has invested in several economic corridors in the Indian Sub-continent and the ASEAN region. These serve the dual purpose of providing, japan, goodwill in short term during the gestation period of these projects and the incidental monetary benefits in the long term. Japanese Financial assistance unlike the Chinese “debt-trap” diplomacy provides holistic development (human resource development, economic development and societal development) to the beneficiary. Infrastructure projects like the Delhi Metro and economic corridors in ASEAN exemplify the transparency with which Tokyo invests in other countries. These investments are crucial for Japan’s economic recovery as she views the Asian region as a “successful venture and wants to expand this success to Africa and bring out the potential of Africa as a global main player through a free and open Indo-Pacific”.

Role of Japan as a Determinant to China

The rise of China has been a key reason in the push which Japan gives to its Free and Open Indo-Pacific. To cope with this rise, Tokyo has been making significant strides in hedging against China in its zone of influence especially in the Indian Sub-continent and southeast Asia. Nations which are themselves Coping with the rise of China have become a priority for strategic engagement for Japan since the 2000s. This has now been responsible for structuring the priority of Tokyo’s diplomacy and defence policy. For example, Japan under Shinzo Abe in 2015, joined the annual Malabar exercise between India and the US which included Australia in the wake of the Chinese challenge during the Coronavirus Pandemic. Presently both US and Japan have seen a change in leadership which calls for a renewed discussion on various policy decisions such as membership into the QUAD and the RCEP. Japan can expect much-needed support from the Biden administration for its FOIP policy as it has already received much-needed support from the many European and Asian countries. Japan must make sure to Washington that the policy initiative of a free and open Indo pacific was a brainchild of Japan, not the Trump administration.

Indeed, China’s maritime expansion directly threatens Japanese interests in the East China Sea, with repeated intrusions into Japan’s territorial waters around the Senkaku Islands, claimed by China by the name “Diaoyu Islands.” Through these cooperative actions with the US and other regional powers, Tokyo is aiming to counter the Chinese presence in the Indo-Pacific region and balance the power dynamics. This fact has been supported by the extensive infrastructure and financial arrangements which Tokyo has made with concerned players. Adding to this, Japan has taken a consistent stand on the Chinese multilateral Belt and Road Initiative. Tokyo from the day one of the negotiations had made clear that it would consider backing BRI projects only if loans provided to beneficiary nations are transparent and match international standards, also a matter of concern for Tokyo is the economic viability of the projects. Japan, itself invests in nations which have strong economic fundamentals and a stable political system with a fare track of democratic activity.

The uncertain Foreign Policy during the trump era marked by a protectionist and unilateral attitude towards its allies has given way for a vacuum only to be filled by aggressive china. This gap is precarious for the US hub and spokes model in East Asia where japan is a key in this system. This brings out the urgency for Japan to keep the US engaged in the Indo-Pacific as a substantial player. Japan along with the US and India has been exceptional in promoting the free Indo-Pacific vision under the clout of ‘Arc of Democracy’. At a time when the US and China are at each other’s collars, Japan’s joining the so-called China-led RCEP comes out as an act directed against its ally but simultaneously this shows the Japanese autonomy in foreign policy decision making. Since the past few years, the Japanese government has made a significant effort in the form of subsidies and agreements with other democratic governments like that of India and Australia, to make an alternate supply chain, in order to reduce its dependence on the Chinese manufacturing system. The coronavirus pandemic has shown the faults in reliance on a single supply chain. Hence, we see a growing number of Japanese companies shifting their manufacturing facilities to South and Southeast Asia. Forbes has reported that “Japan’s outstanding projects in Southeast Asia are valued at $367 billion and China’s projects are valued $255 billion.” This shows that not only Tokyo is taking a balancing posture between the two superpowers but also gives its national interests an utmost priority.

Japan is enhancing its game in the Indo-pacific through its extensive network of infrastructure and foreign direct investments across the ‘two oceans’ and ‘two continents’. This influential clout over the region is favoured by the debt-trap diplomacy of china in Sri Lanka and the Maldives where China has converted debt to equity through its not so economically viable and transparent projects. Japan as a part of the US ‘spokes’ is key in implementing the US vision of maintaining a free and open Indo pacific without the aggression and muscle-flexing of other countries in their exclusive zone of influence. Japan has faced a twenty-first-century dilemma of siding with its long-term ally with an institutional alliance structure or its reliable trade partner. Going ahead in the future would not be easy for Japan, it has to prioritize its national interest, stagnant economy and relation building. Moreover, the feud between the US, the superpower and the PRC, the superpower to be, would require Tokyo to trek a middle path and maintain an approach centred on mutual cooperation and accommodation with respect to the two. Keeping its engagement in the Indo-Pacific gives Japan the unique opportunity of taking advantage of any muddle created by ‘cold war’ between the clash of two giants.

Courtesy Note: The article was originally published on https://thekootneeti.in/ by Utkarsh Verma on 01 Feb 2021.