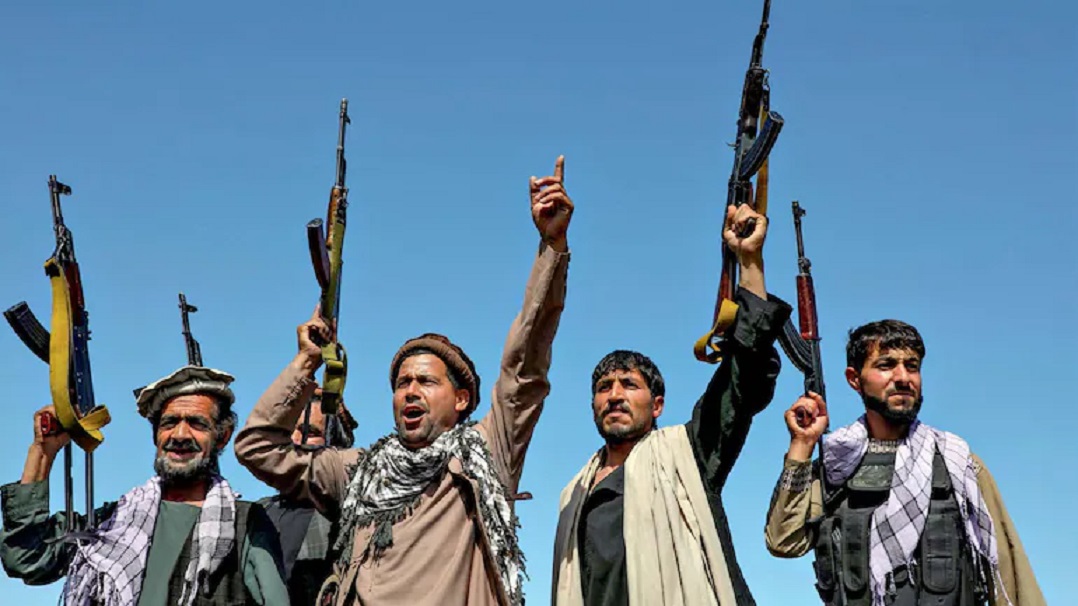 So now another QUAD is proposed by the US to be formed on the western neighbourhood of the long gestational QUAD in the Indo-Pacific region, also led by the Super Power US. The US, India, Japan, and Australia, the members have been at loggerheads with emerging Super Power Communist China, found highly belligerent since the ascendancy of Xi Jinping as Paramount Leader of his country manufacturing conflicts with neighbours over territories to trade in the region.

Like original QUAD, which is in fact China-centric, the newly proposed QUAD has an undeniable China angle as later is lately found poking her nose in civil war infected Afghanistan in collaboration with its all-season iron-brother Pakistan -one of the three major sponsors (other two being Soviet Russia and the United States) of four decades’ long bloody civil war in hapless Afghanistan- on the pretext of building infrastructure the landlocked nation in fact is badly deprived up.

As reported, the US, Afghanistan, Pakistan, and Uzbekistan have agreed in principle to establish a new quadrilateral diplomatic platform focused on enhancing regional connectivity, the Biden Administration has said. “The parties consider long-term peace and stability in Afghanistan critical to regional connectivity and agree that peace and regional connectivity are mutually reinforcing,” the State Department said. Recognizing the historic opportunity to open flourishing interregional trade routes, the parties intend to cooperate to expand trade, build transit links, and strengthen business-to-business ties and agreed to meet in the coming months to determine the modalities of this cooperation with mutual consensus.

After reading the above-quoted US State Department statements and other related propositions, this author had an instant laugh as he believes this is nothing but a cleverly drafted face-saving attempt to placate all-round criticisms and possible bashings of Biden Administration policy of abandoning hapless Afghanis to bloodthirsty Islamic terrorists called Taliban, who so far have not shown any sign of respect to any bilateral agreement signed between them and the US  Administration, and its sponsor Islamic terror infected Pakistan Army, which in the meanwhile –as reported by media– ordered its forces, already infiltrated into Taliban ranks, to target economic, social, educational and democratic infrastructures built by India.

What the US had done in Vietnam in the 1970s caused the loss of lives to thousands of Vietnamese who supported the former in the three-decades-long Vietnam civil war, the same is repeated in Afghanistan now. This Biden Administration’s policy reminds the world of Henry Kissinger’s infamous statement, “It may be dangerous to be America’s enemy, but to be America’s friend is fatal.”

If the latest report to be believed, the Taliban claims, its forces have already occupied 85% of Afghanistan territory. To say the least, why the Taliban claims should not be believed when it is known that India, which has invested $3billions for economic, social, educational, and democratic infrastructures development in Afghanistan, closed her three Consulate-General offices in Afghanistan’s Mazar-e Sharif in the north, Herat in west and Kandahar in the south, certainly out of fear of brutal overrun by aggressive Taliban and its sponsors. These diplomatic mission offices were opened with the purpose to implement India-sponsored development works in the respective region.

In the meanwhile, as reported, the Taliban brutally killed a team of Afghan Special Forces which had given up arms and raised their hands to surrender and ordered local religious leaders in their occupied territories to give the list of unmarried girls above 15 years of age and widows below 45 years of age for its forces marriage/entertainment, the tendency that ISIS exhibited while they were in occupation of Eastern Syria and Northern Iraq in the mid-2010s. Apart from the above, the 7th Century Sharia Law has already been implemented in Taliban-occupied territory at gun points in defiance of the elected Afghan Government’s policy.

In regard to the allegation of Pakistan sponsoring Taliban expansion, this author quotes here Islamic Republic of Afghanistan’s First Vice President Amrullah Saleh’s 16th July 2021 tweet that reads “Breaking: Pakistan air force has issued an official warning to the Afghan Army and Air Force that any move to dislodge the Taliban from Spin Boldak area will be faced and replied by the Pakistan Air Force. Pak air force is now providing close air support to Taliban in certain areas.” Going further, Mr Saleh tweeted on the same day, “If anyone doubts my tweet on Pak Air Force and Pak Army warning to the Afgan side not to retake Spin Boldak I am ready to share evidence through DM. Afghan aircraft as far as 10 kilometres from Spin Boldak R warned 2 back off or face air to air missiles. Afgan is too big to be swallowed.”

When the above kind of critical security-related tweets could be made against Pakistan by none other than the Vice President of Afghanistan, how could the world believe Biden’s plan that Afghanistan and Pakistan would work together along with the US, which could not discipline Taliban and its sponsor despite long two-decades of physical presence at a cost of $1.5trillion and loss of 2400 US force lives, and Uzbekistan, a small neighbourhood on the north of Afghanistan which in fact a subordinate nation of Putin’s Russia, that is often at loggerhead with the US over Syrian civil war to Crimea encroachment and interference in US Presidential election to cybersecurity, in newly constituted QUAD?

Mr Biden and his administration have taken the decision of the US Forces withdrawal to satisfy their domestic audience, who are in fact no fewer losers for their governments’ misadventures of building Taliban into a formidable force between 1979 to 1990s, which had later facilitated attacks on the US, propagating that when the two terms President Obama and one term President Trump -later is now working to contest for The White House in 2024 election- from 2009 to 2021 failed, their administration succeeded within six months in power. And for the world audience, they have institutionalized the new QUAD comprising the US, Pakistan, Afghanistan, and Uzbekistan to take care of Afghanistan post-US withdrawal.

Wow, what a great diplomatic move? In the recent past, Mr Biden made a statement that US forces were not in Afghanistan for “nation-building”. For Mr Biden’s information, nobody also asked Uncle Sam to build others’ nations. And, at the same time, nobody asked Uncle Sam to destroy the nation? Why then the Uncle Sam built the Taliban with guerrilla warfare training and provisioning of arms and ammunitions?

Since the US-built Taliban, it is its moral responsibility to tame them. After the collapse of the Soviet Union, the US virtually left Afghanistan in the 1990s in the hands of the well-equipped Taliban and the Taliban boomeranged on the US a decade later on 9/11. Now, again, the US leaves Afghanistan when the Taliban is much powerful than earlier and has in the meantime secured legitimacy as the world’s Super Power sits with it for negotiation bypassing the elected Afghanistan Government for devising means for future Afghanistan governance.

In view of the above, the new QUAD is just eyewash. In a short while, China’s domination in the region looks certain. And, at the same time, nobody can assure that China would not be another Soviet Russia and Uncle Sam in the infamous Graveyard of Empires. All these mean a prolonged geopolitical mess in not only Afghanistan but also in Pakistan to where the Taliban has in the meanwhile expanded its terror networks with strength not seen before 9/11. Who is responsible for this? Already the former Commander of US and NATO forces in Afghanistan and later CIA Director Gen. David Petraeus forecasted that within two years Biden Administration will regret its present decision in Afghanistan. And former US President George W. Bush, who removed the Taliban and installed democracy in Kabul post-9/11 attacks, vociferously opposes US Force withdrawal at a time when the Taliban is expanding its area of influence in South Asia.