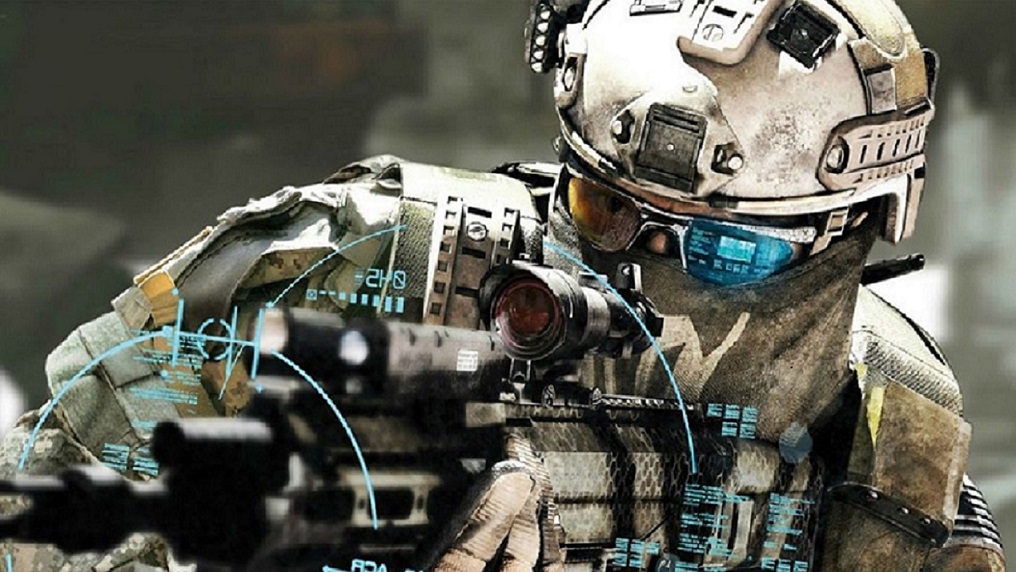 Wearables are revolutionary products that could impact our armed forces in the coming years. Napoleon Bonaparte quotes “To have good soldiers, a nation must always be at war.” This quote is germane, but do we care for the survival of our soldiers? Well, wearables can do it for us. Many equipment and gadgets can become an integral part of a soldier’s wearable or his uniform, making him free from carrying additional payloads.

Wired soldiers mounted with a series of microsensors can be integrated to a wireless captive network and to a cloud-based centralised server. Dedicated applications can be developed to monitor and control the soldiers deployed in hazardous missions by ‘Digitally Twinning’ them. We can create ‘Net Warriors’ in future with Wireless Body Area Networks (WBANs).

Remarkable progress has been made in the sports and medical fields with the support of wearables. Armed forces are yet to exploit this technology for the comfort of soldiers. Wearables can be tailored suiting to the specific requirements of soldiers.

An article on ‘smart couture for soldiers’ was published at Defence Research and Study platform by Dr Vijay Sakujha a few days back. Today we will focus on other areas of applications. The military wearables market is projected to grow from USD 4.2 billion in 2019 to USD 6.4 billion by 2025, at a CAGR of 7.2% from 2019 to 2025.

Building network infrastructure along the border is a very important stride in bringing wearables to soldiers. Establishing a reliable backbone fibre connectivity is an absolute requirement for keeping soldiers connected. These fibre networks can be terminated with wireless networks similar to 4G/5G for establishing the last mile connectivity. India has given great impetus for the up-gradation of road infrastructure along borders in the last few years. Communication networks can be the next in line. Implantable sensor technology includes technology like Wireless Body Area Networks (WBANs) coupled with technologies like the Internet of Battlefield Things (IoBT) would make battlefield management fully digital. A Multi-Level Fusion Framework (MLFF) based on Body Sensor Networks (BSNs) of soldiers would make a unique heterogeneous sensor network model.

Development of miniature sensors for biometric applications has opened expansive opportunities. Sensors can even be implanted under the skin for specific needs. Powering sensors and getting appropriate voltage proportional to the varying parameters of the human body is a difficult exercise. Sensors are charge-coupled devices or CMOS image sensors. Textile sensors can be designed to measure temperature, biopotential for cardiogram, myographs, encephalography, acoustic signals for diagnosing heart, lungs, digestion, and joints. Ultrasound can be used for blood flow, motion for respiration, pressure for BP, radiation for IR, spectroscopy as well as odour and sweat for skin parameters.

Many wrist worn wearable devices are currently available in the market from Fitbits, Garmins, Apple, and Samsung  as well as strap-based devices from Polar and Garmin products, besides high-end devices from Zephyr and Hidalgo Equivital. Our soldiers undertake many hazardous missions on a daily basis. They are deployed at hostile and remote areas, where their mental and health conditions are always tested for survivability. In this information era, we should explore and identify how we can wire our soldiers and put them at a comfort level during their missions. Few established applications are given below.

‘More you sweat in the peacetime, less you bleed in war’. This is very true, but it does not imply that we should keep our warriors unsafe while on a mission. The success story of warriors on missions is directly linked to the mental and physical well being. A range of sensors integrated into the soldier’s body can monitor the soldier’s health in real-time. The biometric sensors integrated to clothing can sense vitals such as heart rate, respiratory rate, ECG, EEG oxygen level, body temperature etc. Army men at high altitudes, navy commandos deployed for underwater missions and fighter pilots under G load can be connected up and monitored during the mission to keep them safe. Even predictive analysis can be done on their vital data to avoid disaster using Artificial Intelligence.

Training is an incessant activity in the armed forces. Soldiers and men in uniform are engaged in training activity for more duration during peacetime. The threshold level of every warrior is tested and ascertained during the training. Performance monitoring can be gauged during the training/simulation phase for many activities. This performance data would certainly help in selecting and nominating men for specific missions. The biometric sensors can sense and monitor muscle activity, muscle fatigue, muscle symmetry, speed, acceleration levels, and distance travelled, blood flow to the brain.

Outdoor missions remain a challenge for soldiers in winter and at high altitudes. The temperature can be automatically controlled/regulated at the optimum level through wired costumes which could keep the soldiers comfortable. Providing these jackets to soldiers would save a large amount of energy compared to bunker/room heating.

Radio Frequency Identification (RFID) tagging is one of the most popular applications in the military environment. Planting a microchip under the skin with an RFID detection technology may be an option to tag the soldiers. Identification chips can be made as a part of the wearable device and can be used for monitoring the movement of soldiers in a tactical area, ships and even inside submarines. This could disrupt the fingerprint biometric system.

IR and thermal stealth uniforms can effectively block IR and thermal radiation emitted from the human body. The material used for this shield uses a polyurethane–antimony tin oxide (PU–ATO) composite fibre. By wearing this shield/ uniform, the soldiers will remain stealth from IR and thermal cameras. This will provide added security for soldiers during night operations.

Conductive textiles can be either made by depositing conductive layers onto non-conductive textiles or using conductive fibres. Textiles can be a part of electronic component circuitry that create systems capable of sensing, heating, lighting or transmitting data. Electronics flushed on textile fabrics can sense, compute, communicate, and actuate. Electronic equipment being carried for missions can become an integral part of wearables/ uniforms.

Power management is a very critical factor for missions. If footwear/boots can convert the pressure of heels to electrical energy, this energy can be used to power equipment and batteries integrated with soldiers.  Sole of the shoe is connected to a power pack fitted outside the shoe and collects kinetic energy using a gear mechanism that converts linear motion generated while walking into rotational motion which would spin a generator which charges the battery continuously. This will be very useful for foot soldiers under patrolling duties along the border.

Carrying a communication device antenna is always a painful activity for foot soldiers. Textile antennas are a special class of antennas that are partially or entirely made out of textile materials, unlike conventional antennas which have rigid materials. The textile antennas have electrically conductive fabrics with radiating and grounding parts and also have dielectric materials for the insulation. These smart textile systems can facilitate body-centric communication between tower and soldiers as well as a soldier to soldier.

Movement of casualty during an evacuation should be made safe and there is a need to move in specially designed warming and IR radiating suits while evacuation to keep the body parts safe and healing. This is purely a medical application

HMDS which improves situational awareness with icons and graphics that are visible within the user’s Field of View (FOV) like what pilots have while flying fighter aircraft. The Net Warrior (NW) can see-through a helmet-mounted display in limited visibility. Even target acquisition with bore-sighted weapon sight imagery can be integrated into the soldier’s FOV. The device can be designed with voice activation using a boom microphone. Even augmented reality can be integrated into the display system. AI can be facilitated generating predictive data on display aiding soldiers for making decisions.

Helmet mount cameras can be of IR or Night Vision enabled to get a clear vision during night operations. A reverse looking camera across the face can be mounted to view the face of the networked soldier from a remote location. The miniaturisation of components associated with camera technology has certainly helped mounting lightweight gadgets to helmets. A rear looking camera coupled to Helmet Mount Display could become a lifesaver for soldiers.

Blockchain-based secure communication systems with every soldier can be deployed as an added layer of security along with crypto. The current smartwatches integrated with functions currently available in our smartphones with wireless technology similar to 4G/5G communication infrastructure can help the soldiers remain connected from their base station while navigating. Many sensors can be integrated into such wearable devices for centralised monitoring and control.

There is a need to improve the comfort level and safety of soldiers deployed for missions. It is absolutely necessary that they remain connected and wired for their safety. The human factor of wearable technology needs to be considered by developers by understanding the needs and comfort level of users. Developers must realise that the system that they are contributing could save the lives of soldiers and would have a positive impact on men in combat. There is a huge opportunity for academia and incubators to explore wearable technologies and bring in new ideas for implementation.